Several years ago, I read an article about the variables implicated in adding difficulty in a shooting session; the possibilities were: competing against the clock, a partner, or against yourself. I will expand the second item, and propose some drills you can use to take into account one aspect I consider essential in the teaching process: competitiveness, and linked to it, motivation. The fact is that there is no situation we can present in practice to imitate the shooting context of a game. All we can do is get closer to those conditions.

As we know, execution of motor skills are based on three cognitive mechanisms: perceptual, decisional, and the execution one, properly speaking. Basketball is a context – dominated sport, and if we fail in any of the paths listed above, we won`t reach our goal: a shot in the better conditions.

The need of a variable practice (opposed to one focused only in the technique isolated from the context) seems essential to favor the increase of competition in practice sessions, to train our players in making conscious their performance through opposition defense.

Which factors can we think of to add complexity to the drill? Well, they may vary if we are referring to our decisional mechanism or our execution mechanism:

For the first one:
Number of stimuli: the presence of one defender or more
Distance: 2 point zone or 3 point zone
Position: corner, wing, top, etc.

For the second one.
Muscle groups implied: Are we shooting from a spot or coming off a screen?
Speed and precision required: How far is the defender? How far are we from the basket? How many seconds do we have left on the shot clock?

So, here we go with the first of the International competitive shooting drills, called “CLOSEOUT SHOOTING.” In this drill, the shooter will attempt the shot being defended by a player executing a defensive recovery. 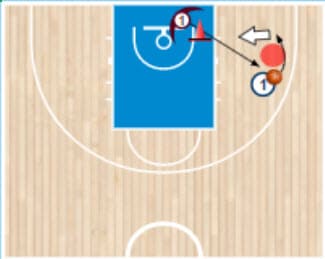 Rules for the defender:
-Top foot in line with the cone before he starts running
-Jump to block the shot
-Start on the same line the shooter does, because this will prevent ankle sprains (will explain later)
Rules for the shooter:
-No shot fake
-Must jump the come laterally before he shoots (here, he will fall in a line different from the line his defender is running on, so the risk of injury will be very low)
-No dribble

To increase difficulty: before the shot, execute ball handling skills before the cone jump
Jump in different planes, not only frontal

The second drill of the International competitive shooting drills, “CHASE THE SHOOTER,” is a classic but yet very effective drill to get the perception, decision making, and execution close to a game. Three players are needed to do it (passer, attacker, and defender) 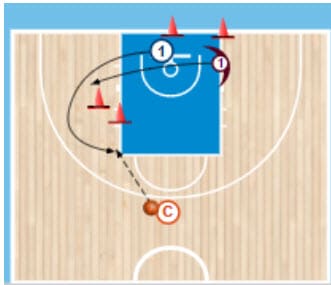 Rules for the defender:
-Touch his cone before he starts running
-Can´t go through cones simulating the screener

Rules for the attacker:
-Can´t go through cones simulating the screener
-No shot fake, just catch and shoot

In third place, I think this is the best drill to get a proper feedback on the execution the shot under pressure; I call it “THE LIST DRILL.” It can be played 3VS3, 4VS4, adding another offensive scheme. Every team will be given a list of shooting situations; the first team to complete the list wins the game. Here you have an example of some I use. This particular drill of the International competitive shooting drills follows the dynamics of ADR drills (attack first, defend later, and the rest), and it´s run full court

Restrictions on the offense/defense:
-Enable only one type of screen defense at first
-Offense must respect the offensive scheme to start reading the defense 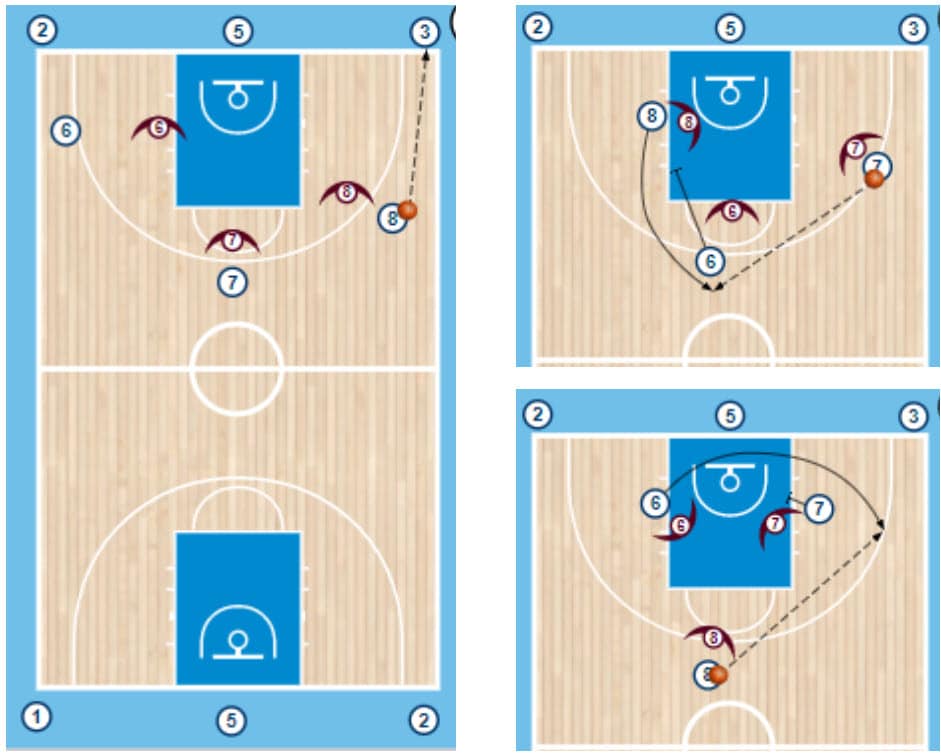