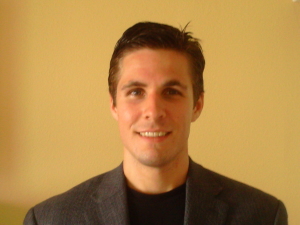 “The Heart of a Volunteer”

Although the road seems to be more physically exhausting as well as a higher factor of mental anxiousness, it is hard to go against the results of a volunteer in the basketball realm. I made the conscience choice to volunteer at Belmont and I’m glad I have. The negatives to volunteering at a program or organization are well documented. No pay, unknown sleeping quarters, tedious tasks, etc. However, try to think of some of the positives. If you volunteer you are doing so based on your own free will. The definition of a volunteer is a person who freely offers to take part in an enterprise or undertake a task. This, by definition, allows you to choose where you want to be based on values, style, geographic location, personal leader you want to follow/be associated with, and level you want to be at. Volunteering allows you to be seen by the people who matter rather than writing a bunch of standardized letters and trying to get a bite. Yes, it does put most of your eggs in one basket, but it is better than having a bunch of empty baskets.

Let’s take a look at some success stories where the coaches began as a straight volunteer. Brad Steven’s, head coach at Butler, story has been put into the limelight since Butler has made their consecutive runs to the NCAA Championship. Going back in time it is obvious that he had a forward-looking mindset. He stayed with some buddies in Indianapolis, got a job at Applebee’s to support himself, and was willing to provide Butler with anything at all to make them better and to learn himself. If he had not been so bold and selective of the Butler program, then the last two years would not be as they have.

Another fantastic story deals with the current head coach of the Indiana Pacers, Frank Vogel. Vogel was a junior at a Division III school in New Jersey studying to be a medical student. After realizing his grades wouldn’t make the cut anyway along with his love for college basketball he decided to talk to Rick Pitino, former head coach of the Kentucky Wildcats, to see if he would become part of the program. Upon meeting Pitino at a summer camp he was told, “We appreciate your interest and if there’s anything we can do when you get down there, let us know.” The whole conversation between Vogel and Pitino lasted about 1 minute, yet Vogel said the previous phrase was enough to take the risk. When he arrived at Kentucky he was told he could not walk-on or be a manager because those positions were for in-state students only. Now, imagine taking everything you own to a place that you are excited to begin at and once you get there, you are hit with those words. It must be a pretty daunting feeling. Vogel eventually worked his way into concentrating on the video editing system and was said to up at all hours of the night making edits. After 2 years and a degree under his belt, the work ethic was noted (which is why volunteering is so valuable because it allows you to be seen) and Pitino brought Vogel with him to the Boston Celtics. Years later after being an assistant for the Celtics, Lakers, 76ers, and Pacers, Vogel found himself as the interim head coach of the Pacers with 38 games to go in the season. The Pacers are now in the playoffs for the first time in 5 years.

Looking into Frank Haith’s story, the current head coach of Missouri, you notice the same trend. Upon finishing his career at Elon he then spent a season there as a student assistant. Haith lived in a janitor’s closet right next to the Elon gymnasium which was only big enough to fit a bed, dresser, and a mounted television. He also would work camps all summer sleeping in coaches’ offices at night. Whatever it took, Haith would do it. Volunteering really kept him in the loop and when other jobs would pop open, Haith would be in the mix for them.

Overall, I tell myself “temporary inconvenience, permanent improvement.” Coming to Belmont was a volunteer choice for me. After I graduated this past December, our coach moved me into the video coordinator position and I stuck around living from couch to couch to finish the year. “Hardships” really aren’t factors if you don’t think of them as a factors. I haven’t done anything as of yet, but I do have the vision and belief to get where I am going and so should you. For there is nothing stronger that the heart of a volunteer.

Coach Saint has agreed to do a Question of the Week.  You email him questions and we will pick out the most outstanding questions for him to answer.  You can email me or him the question.

I think that Coach TJ Saint will do an excellent job for our readers.  I would love to know if there are more Division 1 Coaches willing to be part of the Question for a week.  That way, we can post it everyday.  Just a thought and would love to hear from you.