How Shaka Smart and Steve Prohm Will Impact the Big 12

Two big-time basketball programs in the Big 12 underwent some serious change this past off-season. Shaka Smart was announced the head coach of the Texas Longhorns in April. Smart is to replace Rick Barnes, who served as the head coach in Austin from 1998 – 2015. In 17 years, Barnes compiled a 402-180 record. That’s pretty hard to beat. In June, Steve Prohm was named the head coach at Iowa State after Fred Hoiberg left to coach the Chicago Bulls. Prohm moves into a program that has seen high amounts of success during the Hoiberg tenure. After going 16-16 in 2010-2011, Hoiberg would lead the Cyclones to 23 wins in 2012, 23 wins in 2013, 28 wins in 2014, and 25 wins in 2015. Needless to say, both Smart and Prohm  have BIG shoes to fill.

How Shaka Smart will speed up the Longhorns:

Shaka Smart has been one of the hottest coaches in the game since taking VCU to the Final Four in 2011. It was only a matter of time until he would take a bigger job. Not many people could have predicted it would be Texas. However, it feels like a good fit. Texas needs to be re-energized, and Smart seems like the perfect man to do it. When Shaka was hired as the head coach at VCU, he was the 10th youngest coach in Division 1 at that time. Now, 6 seasons later, he’s more than experienced and he’s proven he can win. The Rams did not win less than 26 games while Smart was the head coach. In fact, VCU had it’s largest number of losses (12) during the Final Four run season in 2011.

Taking over for Rick Barnes is no easy task. Barnes only missed the NCAA Tournament once in 17 seasons at Texas. Barnes recruited star players like Kevin Durant and Lamarcus Aldridge. Texas was the team that beat Kansas in 2011 to snap the longest home winning streak in the nation at the time (69 wins). Ironically, VCU would beat Kansas in the NCAA Tournament just two months later.

If there’s a coach that seems to fit, it’s Shaka Smart. He has an inviting personality, he’s energetic, young, passionate, and a proven winner. He’s replacing the long-time coach that had “been there forever”. Sounds a lot like Charlie Strong taking over for Mack Brown… Texas Athletic Director Steve Patterson obviously has a new vision for Texas, and he has Longhorn fans excited.

Smart will speed up the Texas Longhorns with his well-known “Havoc” style of play. Last season, Texas was last in the Big 12 in steals per game with 3.76. This is compared to West Virginia who led the conference with 10.74. VCU, on the other hand, averaged 9.5 steals per game. VCU was third in the country in turnover margin. Not to say that Texas didn’t play defense, they did hold teams to 60.3 points per game (2nd in the Big 12). The difference will be speed and pace.

It has worked before. West Virginia presses and runs, and won 25 games last season. Missouri used to play a similar style under Mike Anderson. In 5 seasons with the Tigers, Anderson compiled a 111-57 record. Smart will get the athletes to play his style. Many wonder how he can include a player like Cameron Ridley (6’9” – 270 lbs) into the Havoc style of play. Most likely, Smart will convince Ridley that he can do it, and Ridley will believe him.

What will change on offense?

Offensively, the Longhorns will be more ball-screen oriented. In a great article by John Zall, he shows the contrast in offensive styles of Rick Barnes and Shaka Smart.

VCU Post Switch Play: Here is a play used by VCU that puts x5 in a tough spot defensively as he recovers to guard against a pick & roll. This type of action could play well into they style of current Texas players, including big man Cameron Ridley. As 4 comes to screen for Ridley in the post, Ridley sprints up to set a high ball-screen for the point guard. A hard roll by Ridley and the Longhorns will have scoring opportunities off of the point guard drive, the roll to the post, and the hi/lo option if 1 kicks it out to the 4 man. 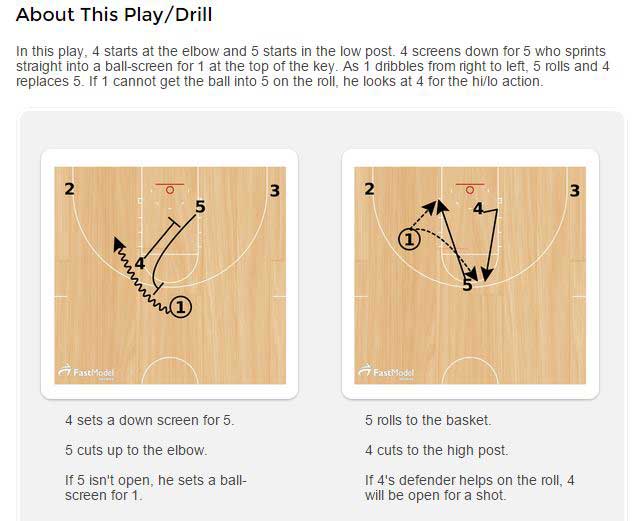 Now… On to Ames

Steve Prohm arguably has the tougher act to follow in replacing Fred Hoiberg. The Mayor was loved by all in Ames. He was the man, and to most Cyclone faithful he probably still is. The Cyclones have won 115 games to 56 losses in the last five years including 4 straight NCAA Tournament appearances and 2 straight Big 12 Conference Tournament Championships. Considering this, Iowa State knew that they had to be methodical when selecting the Mayor’s replacement.

To the casual fan, Prohm is not a household name or the ideal choice. However, to die-hard college basketball fans and coaches, this selection makes a lot of sense. When Hoiberg took the Chicago Bulls job, he suggested that Prohm be his replacement. Not only that, but Murray State, where Prohm coached for 4 years, was better offensively than Iowa State last season. Hoiberg is known as one of the best offensive coaches in the country, but Prohm isn’t far behind. In 2014-2015, the Racers led the Ohio Valley Conference in points per game by almost 5 points. Murray State also led the conference in field goal percentage (48.2%), 3-point field goal percentage (39.4%), and assists per game (15.5). Prohm’s team was 8th in the nation in scoring offense, compared to Iowa State ranking 14th. Defensively, Cyclones fans should be excited. The Racers not only were a juggernaut on offense, but led the OVC in defense rebounds per game and field goal percentage defense.

Consistency for the Cyclones

With such a good thing going on under Hoiberg, Iowa State needed some consistency in the program. Prohm has done this by bringing in T.J. Otzelberger as an assistant. Otzelberger has experience at Iowa State and with Coach Hoiberg. Both Prohm and Otzelberger will work together to blend the Cyclone offense into a continued powerhouse.

Prohm doesn’t know what losing is like. In 2011, when he took over as head coach, Murray state went 31-2. Prohm earned several awards that year including OVC Coach of the Year, NABC District 9 Coach of the Year, and Basketball Times Coach of the Year. He would then lead the Racers to 21 wins, 23 wins, and 29 wins in the next 3 seasons. Prohm would lose only 10 conference games in 4 seasons, including an undefeated conference record last season.

Offensively, Prohm has historically had quick guards who can create scoring opportunities. In another article by John Zall, he shows clips of Murray State’s prolific offense. The yellow jerseys in the video will make you think you’re watching Iowa State (the offensive systems are that similar).

In addition, here is a Murray State Set by Coach Dana Beszczynski. Prohm puts his point guard in a position to make a play by turning down the initial ball-screen and rubbing off the 4 man in the post. 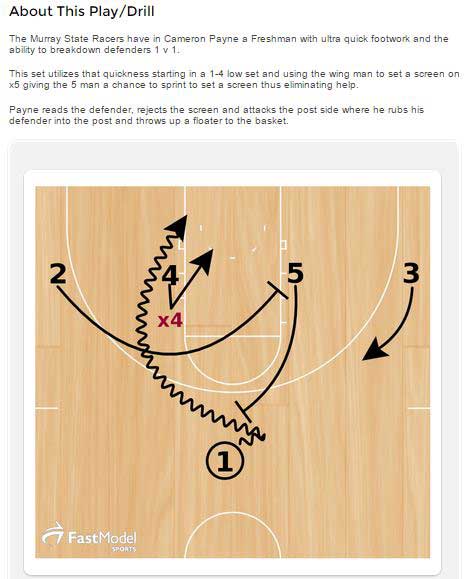 Coach Peterman knew all along…

On Coach Prohm being the right person for the job, Coach Scott Peterman called it back in 2011 when Prohm took over as the head coach of the Racers. “Young Coaches should look up to him”, Peterman stated.

Both Texas and Iowa State have seemingly found the right replacement to lead their teams in 2015-2016. Many opinions are out there on how Shaka Smart and Steve Prohm will impact the Big 12. There’s no doubt that the Big 12 will be an exciting, if not the most exciting, conference to watch this upcoming season.