Coach Popovich is the best NBA coach in the league. I know that a lot of you will say what about Steve Kerr. Coach Popovich finished third in the running, but did you see what the Spurs did to the OKC Thunder in their first game of the series. They killed them up and down the court.

Coach Popovich is a five time NBA Champion and three time Coach of the Year winner, and he is flat out better than any of the competition. He is bold, creative, implulsive, and calculating No coach does a better job of weighing the long term costs over short term benefits. His foresight is stuff of legends and almost every decision that he makes is made for the greater good, no matter how odd it looks at the time. 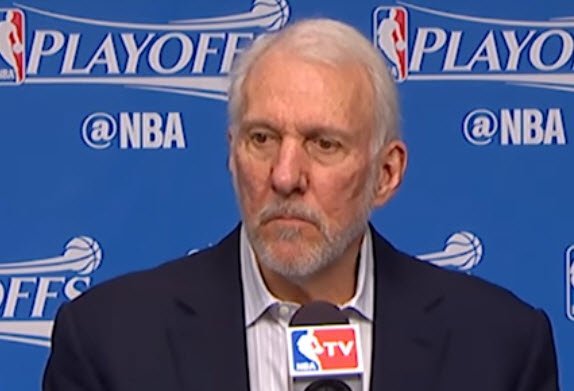 Coach Popovich is one of the most selfless and successful coaches in professional sports. He wins a ton of games, demands the respect of the players and officials. He also gets the most out of his team on a nightly basis.

The Spurs stayed big and slow all year long. They didn’t shoot a lot of three point shots or live at the free throw line, but if you grade the 82 game final product then the process is less important than the results.

The results are undeniable. They finished first in point differential and had the best defense in the league. Their offense ranked in the top three, and they moved the ball and rebounded as well as anybody.