Here are three plays used by Gregg Marshall to create scoring opportunities with the use of a ball screen. The Shockers went 26-9 this season bringing Marshall’s career win loss record to 424-168. Marshall has been in Wichita for nine seasons and was the head coach at Winthrop for nine seasons before that. In his career he has won over 70% of his games and has finished 1st in conference play in 10 different seasons. The Shockers have won the Missouri Valley Conference three seasons in a row dating back to 2013-2014.

This video shows some plays used during the NCAA Tournament that Gregg Marshall called to get his players into ball screen actions.

The Shockers run this quick action to get a high ball screen set and for the point guard to attack the rim. 3 sets a down screen for 4 who sprints up into a ball screen for 1 to dribble left. With all of the space up top, 1 can maneuver his way into the lane for a layup. 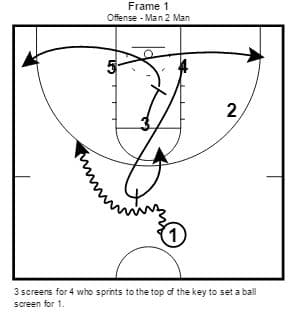 Slot to Step Up Ball Screen

Wichita State sets a slot ball screen for the guard to attack middle, but if nothing is there the ball is swung to the right wing. Once the player has it on the right wing, a step up, or Knicks, ball screen is set for the ballhandler to drive baseline. Combining these actions can make it difficult for teams to defend ball screens. 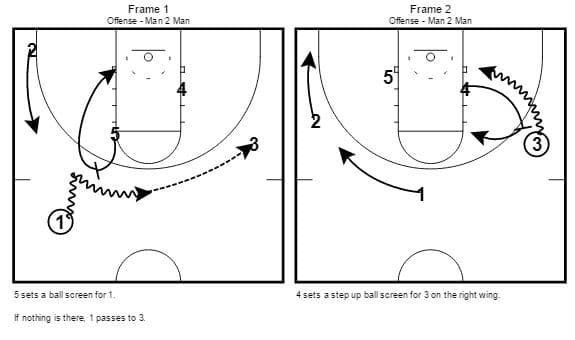 5 sets a slot ball screen for 1 as the other side of the floor is occupied with a staggered screen for 2 in the corner. In the video, 1 pulls up for a 3-point shot. 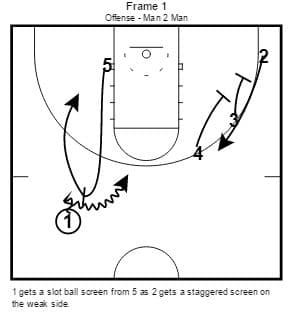