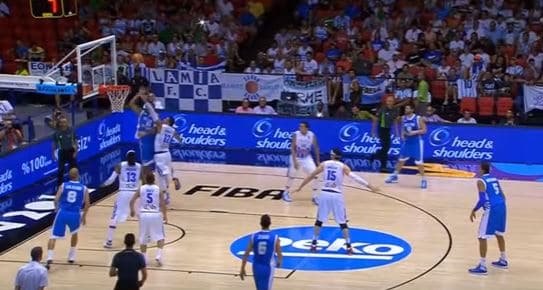 The Olympic Qualifying Tournaments have started and the first game in the Italy Qualifying Tournament featuring Greece vs. Iran Set Plays. Greece won the game 78-53 cruising easily to a win in Group A play. Giannis Antetokounmpo led the way with 16 points and 3 rebounds for Greece. Iran was led in scoring by Hamed Haddadi who scored 16 points and had 4 rebounds. Greece will finish group play with a game against Mexico on Wednesday, July 6th. Iran will play Mexico tomorrow. The top two teams from Group A will advanced to the semifinals on Friday, July 8th.

1 hits 4 in the low post then screens for 2 making a slice cut out to the wing. 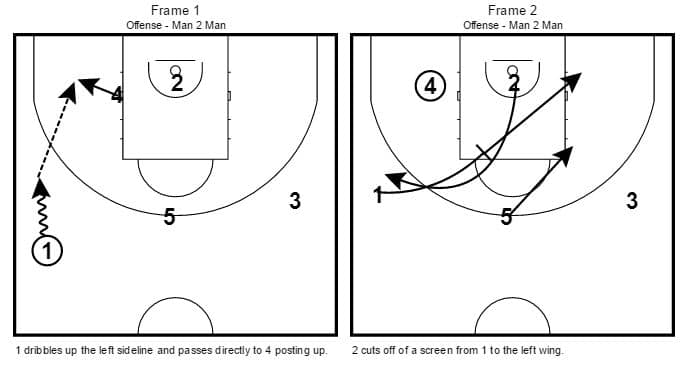 Here is a PTP action using a shuffle screen/down screen combo. 2 can pass to 1 on the shuffle cut or to 4 cutting to the top of the key for a shot. 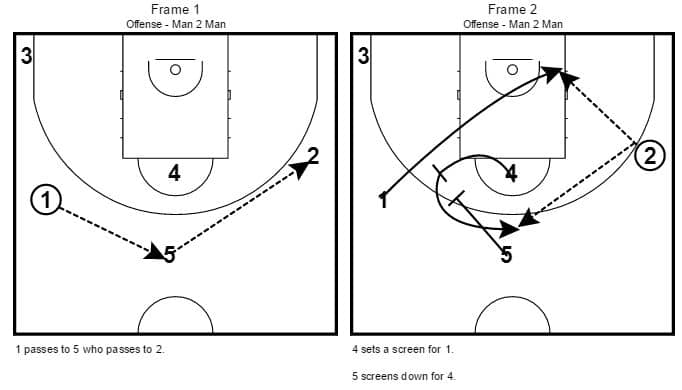 This sideline out of bounds play is great for getting the ball quickly into the post. 5 sets a zipper screen then immediately steps out to the short corner to get the ball. 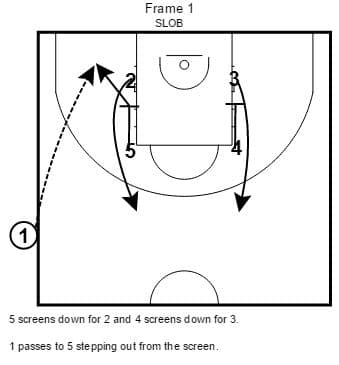 Here is a nice screen the screener action with 2 setting an up screen for 5. 4 screens for 3 on the opposite lane line and 3 loops around to set a flare for 2. 5 has multiple options: he can score, pass to 2 for a shot, or give the ball to 1 with a handoff. 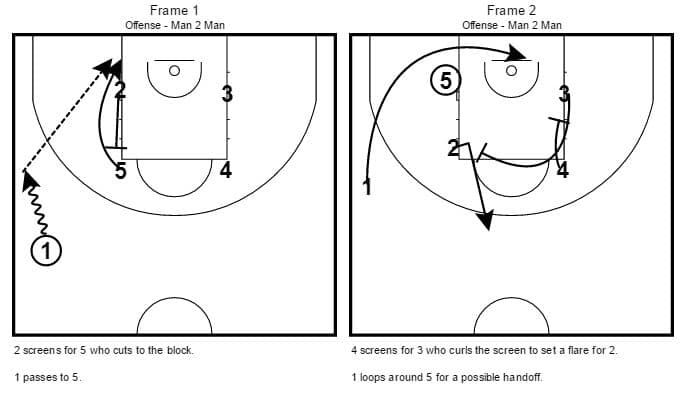 Olympic Qualifying – Step Up to Horns

Iran uses this step up ball screen play to attack the empty left side of the floor. If it isn’t open, they go directly into a horns set play. 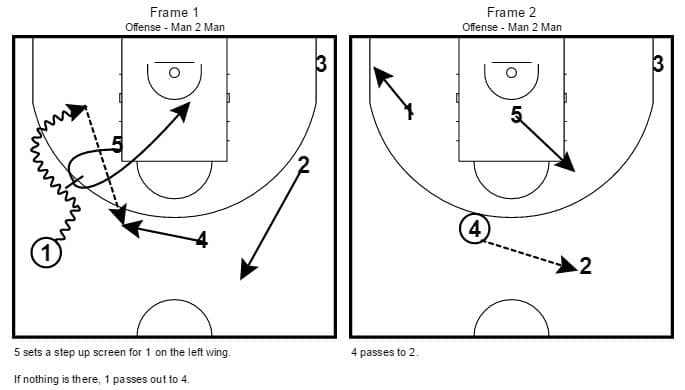 In this weave type play, Iran sets a ball-screen, gives a dribble handoff, then follows with a high ball-screen for 2. 2 drives left as 5 rolls to the rim and 4 relocates to the corner. 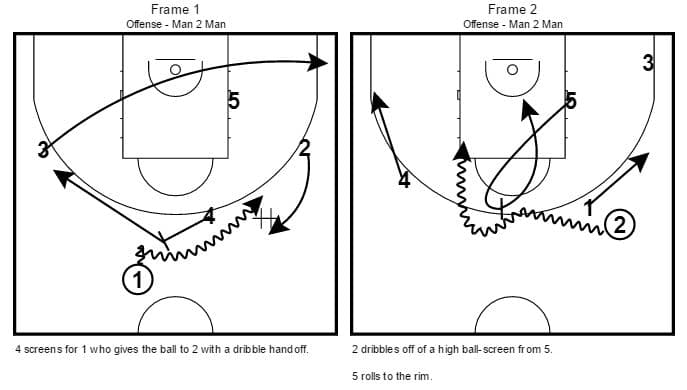