Why the 60 Point Game by Golden State Warriors Klay Thompson was so Marvelous….. by Chris Filios 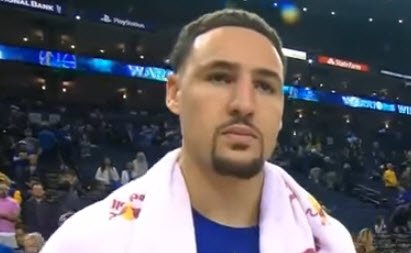 Why the 60 Point Game by Golden State Warriors Klay Thompson was so Marvelous…..  By Chris Filios

On Monday night, Golden State Warriors Klay Thompson became the first player to score 60 points in game since Kobe Bryant did it against the Jazz in the final game of the 2015-16 season when he poured in 60 points against the Indiana Pacers. Thompson’s 60 points is the highest single game total of the 2016-17 season, and the highest single game output of his career. Thompson joins Carmelo Anthony and LeBron James as the only active players to score 60 in a game.

This feat is remarkable for many reasons:

1. He plays on a team with 2 former scoring champions who have combined for 5 scoring championships (neither have registered a 60 point game in their career)
2. He tallied 60 points in just 29 minutes!!! Thompson shot 21-33 from the field, 8-14 on three-pointers, and 10-11 from the free-throw line. His eruption included 40 points in the first half, with 23 coming in the second quarter (No other player during the last 50 NBA seasons has scored 60 points in fewer than 30 minutes).
3. He didn’t play in the 4th quarter as Steve Kerr decided to rest him in a blowout win.

HE ONLY POSSESSED THE BALL FOR A TOTAL OF 90 SECONDS!!! He touched the ball 52 times and took a mere 11 dribbles all game. That averages out to 1.73 seconds a touch, and only 1 of his field goals was unassisted.

In an era of basketball where the dribble is king, the first 60 point game of the season was accomplished while playing without the ball.

So it came as a nice refreshing change when the Warriors assisted 45 times (while only turning it over only 11 times) on their 54 made baskets. Ball movement, player movement, and chemistry are things that the Warriors hang their hat on for offensive success.