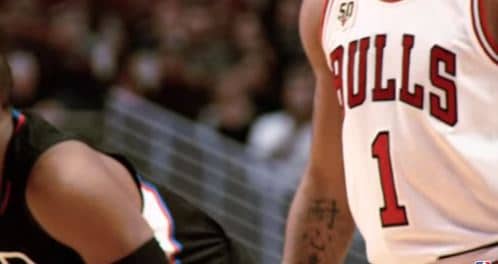 Hoiberg just finished his first season coaching the Chicago Bulls. The Bulls went 42-20 finishing 4th in the Central Division. The team has had many changes on the roster this off season. It will be interesting to see how Hoiberg works the offense around Rajon Rondo and Dwayne Wade. The Fred Hoiberg Chicago Bulls SLOB Playbook features four SLOBs from Coach Hoiberg.

Before making the jump to the NBA, Hoiberg coached at his alma mater, Iowa State, for five seasons. In that time, he won 115 games including a 28 win season in 2013-2014. Hoiberg played at Iowa State from 1991-1995 and was drafted by the Indiana Pacers in the 2nd Round of the 1995 NBA Draft. Hoiberg would go on to have a 10 year playing career making appearances for the Indiana Pacers, Chicago Bulls, and Minnesota Timberwolves. He took over at Iowa State in 2010 when Greg McDermott left to become the head coach at Creighton. Hoiberg was named the Big 12 Coach of the Year in 2012.

The video below shows some sideline out-of-bounds plays from this season with the Chicago Bulls.

In this SLOB, the Bulls enter the ball directly to Jimmy Butler in the short corner and let him go to work.

This play is great for getting your stretch 4 man a 3-point shot. 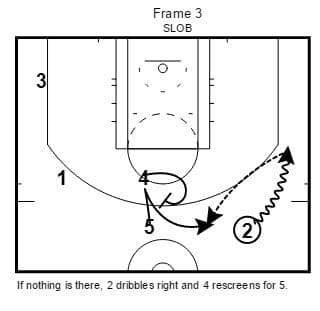 As Gasol gets the ball at the high post, he has two players cut around him making an “X”.

Gasol is a great passer, and shows it here with a great lob pass to Jimmy Butler. Butler makes a great fake cut out to the perimeter and changes direction for the lob and layup. 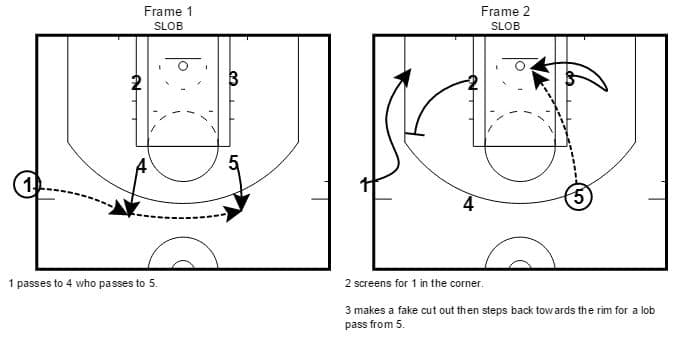