No matter what offense you run, getting good looks in transition through an un-patterned set of actions before the defense can get set is a good way to create effective scoring opportunities. Duke created a DVD in which they shared the ‘quick-hitting actions’ that they use to create scoring opportunities in transition and actions that can keep the defense on their heels and reacting to several scoring actions under the pressure of an attacking offense.

Duke has had a lot of success the last several years running a 4 out 1 in ball-screen offense, and when the offense gets stagnant, they have used these options to create multiple scoring opportunities through efficient and effective ball and player movement.

These non-patterned actions and movements do not allow the defense time to get set and predict your team’s movement because your team is always reading and reacting to the defense in transition.

Each action is out of the 4 out set that Duke has had a lot of success running, and it is based on the call and first pass that the point guard makes. From there, the team will have 5-6 different options/actions to create structured but flowing scoring opportunities.

Duke has used these quick hitting actions with their team and with the Olympic basketball team. They call them actions or audibles because they don’t have specific patterns that they want them running over and over again. They want to give them simple scoring actions through which they can make reads so that their guys can be basketball players in space and so that they can drive and make plays.

Duke usually plays with 2 bigs and 3 guards. Though they like to keep their better low-post threat on the blocks, their bigs can be interchangeable and the first big always runs rim to rim. He wants to beat his man down the court for layups and to stretch and put pressure on the defense. The wings run all the way to corners so that they can also stretch and put pressure on the defense. By running to the deep corners instead of the wings, they stretch the defense an extra 12-15 feet on both sides, creating more spacing for drives to the basket.

The second big guy is a slow trailer who assesses what is going on up the court and leads reacts into the quick hitting action.

All of the calls in their quick hitting action are strong, one work actions that are easy to call, hear, and execute efficiently.

I have also clipped all of Duke’s scoring plays in their Final Four matchup against Duke. I haven’t had a chance to really break down their scoring actions, but I thought this might be beneficial to some. 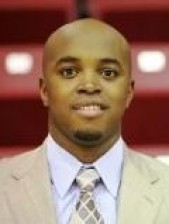