Today, I am bringing you a SLOB play from Latvia, which they have used several times in the EuroBasket 2015 Tournament. This SLOB featured a lot of movement and multiple staggered screens to enable the likelihood of one of their shooters to get a good look at a 3 point shot, a drive to the basket, a drive to a pull up mid-range jumper, and multiple opportunities to slip for layups on overly hedging defensive strategies. While working on my EuroBasket 2015 playbook, in one game alone, I saw Latvia run this multiple stagger action 5 plus times, either out of a SLOB situation, and even a half-court set, which will be featured in my EuroBasket 2015 Tournament playbook.

The element that continues to impress me about international basketball and what intrigues me to continue to break it down and watch it as I grow as a coach is the actions, and ball movement used in such an excellent manner to get their players in the best position to score or contribute based on their roles within the team. I feel that international basketball is ahead of the curve on ball movement, moving without the ball, and utilizing floor spacing, and those coaches who learn from it and apply it to their programs or teams are those who you see having the most success on the highest levels. Example to support this statement includes, but is not limited to NBA standout coaches Greg Popovich, Mike Budenholzer, Brad Stevens, Steve Kerr, and David Blatt. 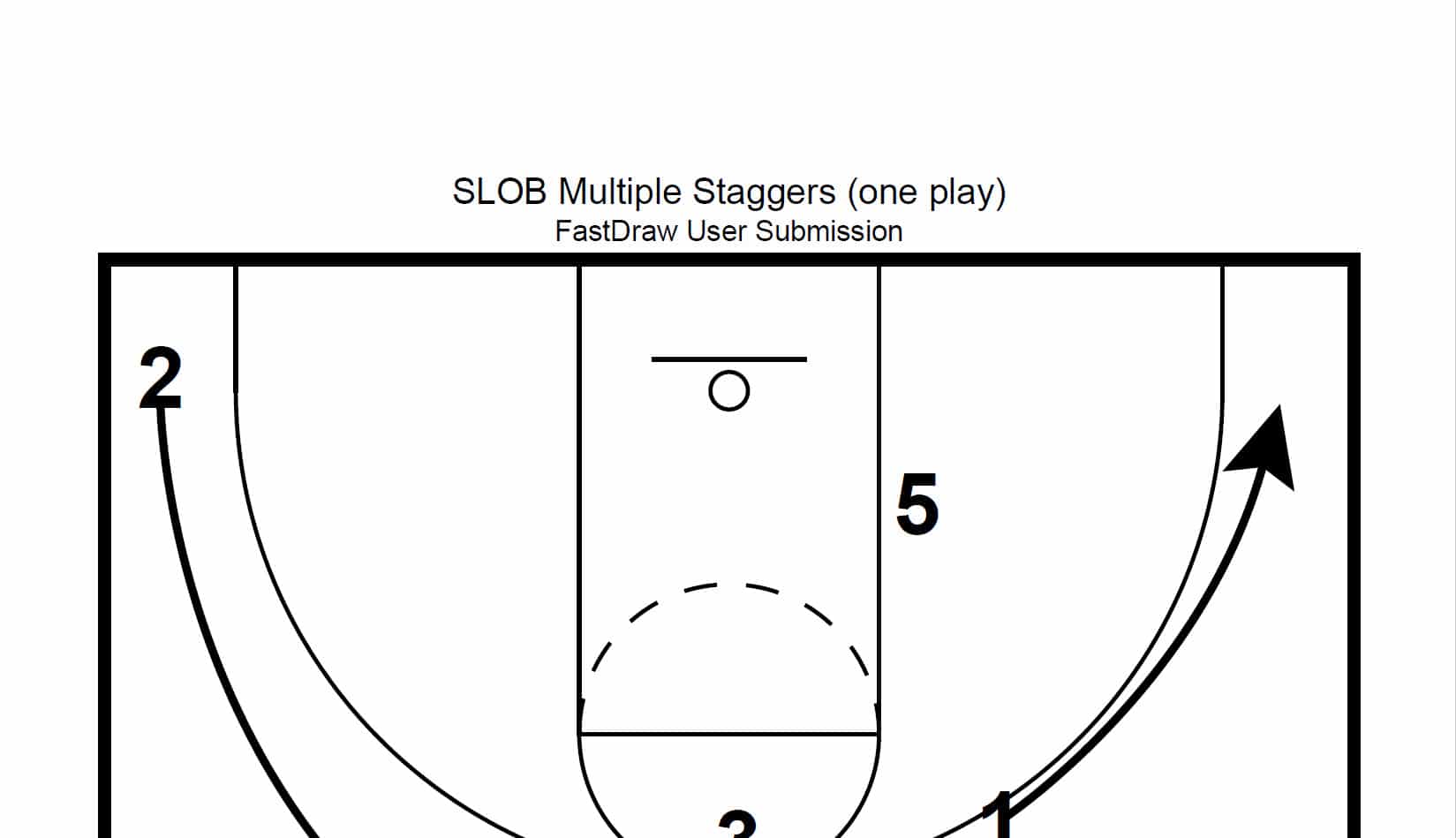 International basketball strategy is infiltrating into the American game more and more, as I recall my first year as being a varsity coach 2 years ago, I was about the only coach I knew who used the International Ball Screen continuity (my choice was the Lithuania Angle Ball Screen Continuity) on the high school level, and that year I began to notice it being used by multiple college teams including Butler, Wichita State, and several others. I have seen this international flavor making its way into American basketball more and more and I anticipate we will continue to see more, especially with these defensive rule changes with the emphasis being on un-restricted free movement and cutting.

I hope you enjoy this play, and could potentially tuck it away in your mind, or maybe use it as a late game special for a crucial 3 pointer. I look forward to continuing my work on the EuroBasket 2015 playbook. Best Wishes!