Today, I am bringing you a play I picked up from watching the EuroBasket 2015 tournament. I found this play to be a pretty good counter as well as pressure release for the Czech Republic in their opening game against Estonia. In my coming playbook which will highlight best sets, out of bounds plays, and other various actions from the EuroBasket 2015 tournament, you will see how the Czech’s style of play is often catered to take advantage of their length, spacing, and post-play, especially with former NBA first round pick Jan Vesely. This play is very simple to implement and when executed properly could result in an easy basket for your team as it did for the Czech Republic in their matchup vs. Estonia. 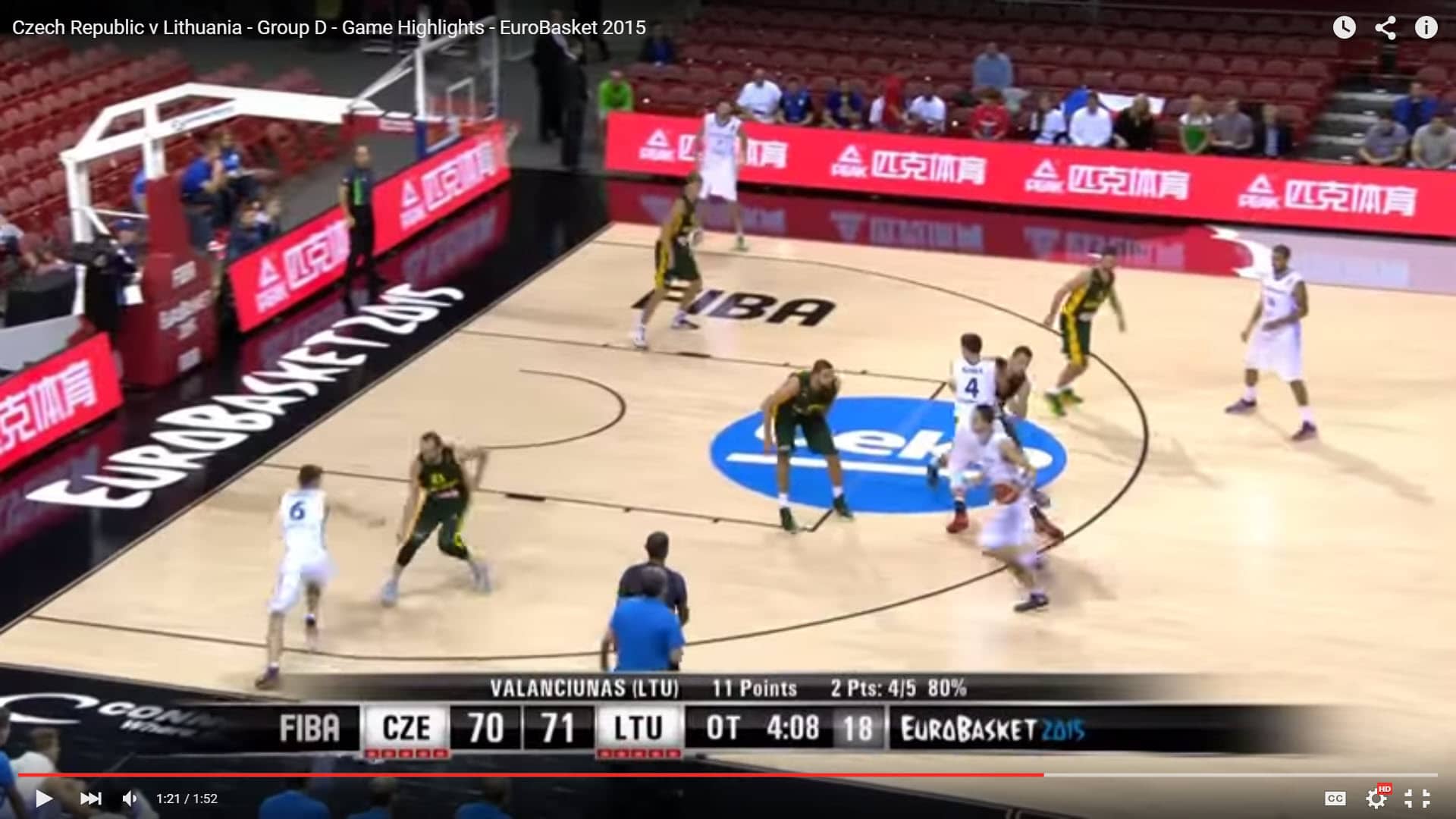 International basketball to me is some of the best tactical basketball that a current or even aspiring coach can watch and gain tremendous insight from. It can also allow you to never have an off-season when it comes to watching basketball, and if you are anything like me, that is a positive as I can never get enough hoops. Another thing I have picked up as I have begun work on the EuroBasket 2015 playbook is perhaps some insight as to why Jan Vesely’s game did not quite translate to the NBA game. Jan is a very good post threat, and when he gets the ball back to the basket, he presents a very formidable scoring threat. However with the size in the NBA, I do not believe Vesely’s outside shooting was good enough for him to be a solid enough NBA player to stay in a normal rotation. Jan’s size is what I feel plays a major role in holding him back, don’t get me wrong he is listed 7’0’’, however at only 235 pounds, he was unable to be a strictly back to basket post-man in the league, even if he was able to, we all know that the old fashioned block to block big man has become the dying breed of at least professional basketball. His inability to knock down the outside shot, or attack consistently off the dribble against quicker defenders lead to the downfall of Vesely after being selected in the first round of the 2011 NBA Draft, after many prior to the draft compared his game to and predicted a similar transition as Dirk Nowitzki and Andrei Kirilenko.

I hope you enjoy this play, and could potentially tuck it away in your mind, or maybe use it as a Horns post entry counter, or just a simple pressure release for teams who really like to get out and overly deny the passing lanes. I look forward to continuing my work on the EuroBasket 2015 playbook. Best Wishes!