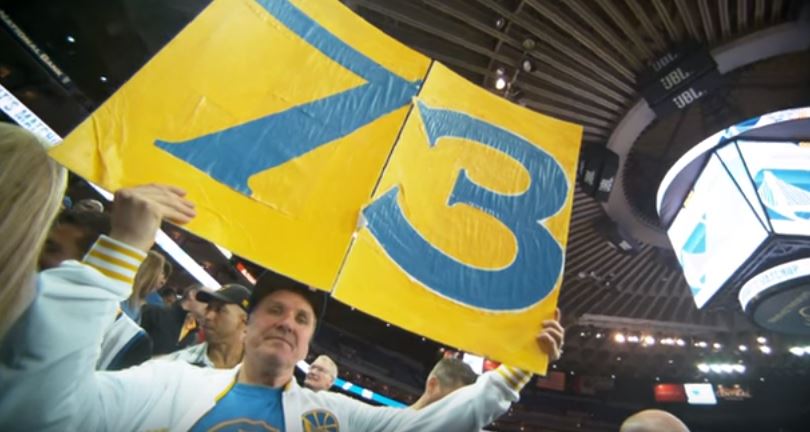 Using elevator screens in your offense can be a great way to open up shots for your shooters. Elevator screens, sometimes called “gator”, “gate”, or “fence” screens, are executed by a cutter running between two screeners who “close up” the screen as the cutter runs through. These actions can be a nice counter to typical plays where the cutter is running around the two screeners (like in a staggered screen). A counter to an elevator action is to look for the screeners slipping to the rim if the defenders have to step out and help defend the shot.

1 gives 2 the ball with a dribble handoff as 4 screens for 5 cutting out to the perimeter. 2 passes to 1 then moves down to the right corner. 1 cuts across the floor off of a screen from 3. 3 then uses an elevator screen from 5 and 4 for a shot at the top of the key. 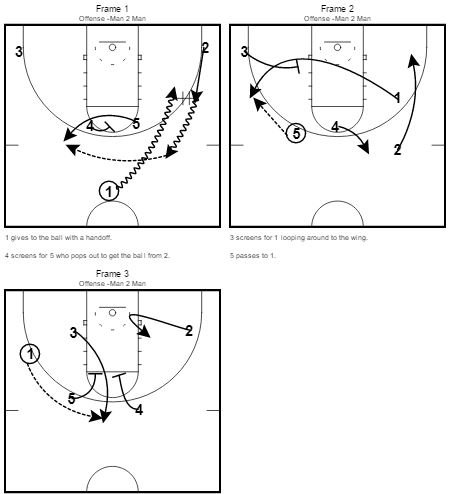 The Wizards use this SLOB with a zipper / elevator combination action for a shot at the top of the key. 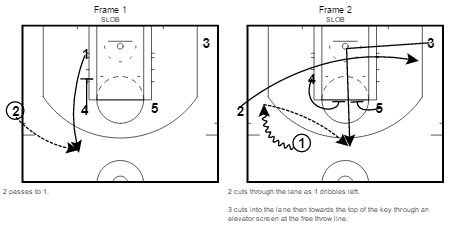 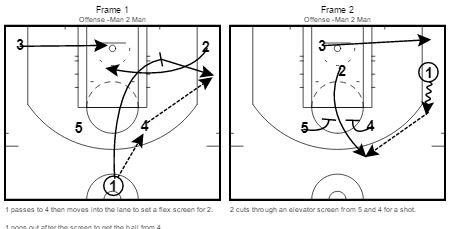 1 passes to 3 on the left wing then cuts away to the right corner. 3 dribbles towards the top of the key as 2 cuts across the floor through an elevator screen from 5 and 4. 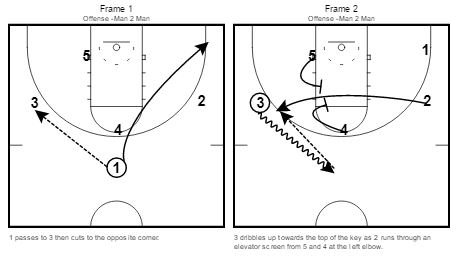