Pressure defense, rebound and fast break are the keys to success in basketball. I strongly believe that a team’s offense is generated by its defense. Often our best scoring opportunities are created by our aggressive defense. Flow-Ball’s success is dependent upon the level of aggressiveness shown at the defensive end. Our objective at our defensive end is to minimize our opponent’s field goal percentage per possession.

Efficient pressure defense enables a team to be better conditioned to play the game. It improves stamina as well as players’ reaction time. It also conditions players to perform their basketball skills at a higher pace. Most of all, it instills and promotes confidence, determination, and pride among all team members which are important factors in the development of team spirit and team cohesiveness

I also believe that a good defensive system combines the fundamentals of man-to-man and zone defenses and that opposing players should not be guarded equally. Based on the options below, and each player’s importance to their offensive system effectiveness and flow, we determine how each opposing player will be guarded.

Offensive Players options:
1. To Shoot
2. To Pass
3. To Dribble
4. To Control the offense – Keep the team balanced Offensively

• Example: If player A is a shooter – our defensive goal will be to force him to put it on the floor or to pass.

In summary, our defensive system is based on the individual characteristics and the importance of each player to his team’s offense. For example: I don’t want to over extend my defense and deny the ball to a player that cannot shoot/score. Rather I want to sag and deny penetration forcing him to keep the ball longer and away from the basket.
From the start of the game, our goal is to force our opponents to react to the way we play defense, hopefully forcing to play out of their usual flow while minimizing their possession time and scoring percentage per possession.

When I prepare my teams for competition, I try to avoid playing a particular opponent the same way other teams played them during the season.
Controlling the rhythm of the game is the most important single factor in the competition. If you train your team to slow people down or speed them up, you have a higher probability to beat all different kinds of teams.

In the teaching of our defensive system, we like to emphasize the following rules:

RULE 1
Defensive System Basic Stance – We teach all players to play defense with one foot in the front and the other in the back. The side of the court determines the forward foot. If the offensive player is on the left side of the defense, we teach our players to have the right foot forward. If the offense is on the right side of the defense, our players are taught to keep their left foot forward. We feel that this basic stance contributes to our goal of influencing the offensive player with possession of the ball to the nearest sideline. If the offensive player in possession of the ball is on the middle of the court, we teach our players to force the opponent to the side that is least favorable to the offense. Since most of the teams favor the right side when running their offensive systems, we tend to teach our players defending on the middle of the court to keep the left foot forward. When sliding, the weight should be on the back foot. Our basic stance attempts to deny any penetration to the middle of the floor/lane.

We also feel that by moving the arms, we are able to take the offensive player’s concentration away from his focus of attention, his team’s set offense and positioning, forcing him to be focused in the protection of the ball and his dribble. Footwork – Basic sliding without crossing legs.

If the offensive player picks up the dribble and raises the ball over his head, we teach our players to yell “dead” as they crowd him even more.

RULE 3
Defensive System | Defending The Player One Pass Away From The Ball – All players, defending the offensive player one pass away from the ball, must jump to the ball and must deny the passing lane with their inside arm and leg. The act of jumping to the ball will enable the defense to provide help and recover in a way to deny ball and man penetration.

Defending The Player Two Passes Away From The Ball – All players two passes away from the ball play help side defense moving to a position where they can provide help, see the ball and the man they are guarding. Players must be close enough to deny and help to defend ball penetration and recover to their man.

RULE 4
Defensive System | Defending the Cutter – As the offense player cuts to the ball, the defender must jam & bump and get in front of the cutter, bumping him out of the lane away from the ball while denying the passing lane.

RULE 5
Defensive System | Defending the Post – It is our goal to deny inside of the lane touches and scoring. We teach our post defenders to force the offensive post to catch the ball outside the lane. In case the post players receive the ball, we teach our post defenders to jump behind the post leaving some cushion so that the offensive post cannot seal the defense.

• High Post – When playing the high post, players must bump the post and be as aggressive as possible at the low side trying to keep the post player high.
• Medium Post – The same principles apply. The key is not to allow the post player to move where he wants to go.
• Low Post – We always front the low post. When playing the low post, we teach our players to front the post. It is important to deny the ball to the post at the block. We do not like to play split, or play bottom or topside at the block. We believe in denying the ball to the post at the block.
• Post with the Ball – We like to force the post with the ball to turn to the middle where our help is and not to the baseline.

RULE 6
Defensive System | Trapping – All players on help side defense closest to the ball are the ones involved in trapping situations. We like the trap top come from behind the man with the ball from his blind side. We teach our players that our trapping must be aggressive and that we must “move in” the offensive player, not allowing him to step forward in the direction of a teammate for a pass.

RULE 7
Defensive System | Rebounding – All players must box out. Players are taught to go after every possible rebound defensive and offensive rebound. We teach our defenders to look for contact and move to the offensive player prior to boxing out. Refer to the rebounding session of this chapter and diagram D15 describing the “step-through” technique.

Contest the Shot – All players must contest every shot having a hand up on every shot attempt.

RULE 8
Defensive System | Defending the Screen – If we identify the mismatch, we teach the defender of the screener to help and cut in front of the cutter in the attempt to slow him down, allowing his teammate time to recover off the screen. We often trap!

• Screen on the Ball – We teach our players not to drop too far from the screens. We like to fight over the top of all screens. As soon as the defense reads a screen situation being developed, we teach the defensive man on that screener play to play tight to his man making slight contact with the offensive screener not allowing to a jump shot.
• Screen Away – We teach our players to slip through the screen in between the screener and his own man.
• Post to Post Screens – On post to post screens and screens near the basket, we like to teach our defenders to switch if there is no mismatch problem. Otherwise we trap!
We like to execute the above defensive skills in all of our full and half-court drills.

Repetition will assist all players during the learning process and execution of our defensive system’s rules during competition. In my next article, I will add diagrams of exercises/drills that we run for each of the defensive rules described above.

1984 – Coached in the United Arab Emirates 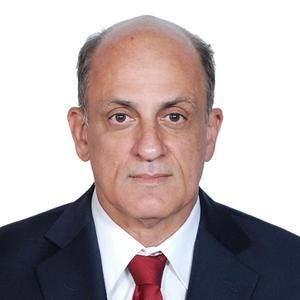