Below in this playbook are six “rub action” plays used by several college basketball teams. A rub action or rub screen is used by many teams to get a ballhandler open without setting a set screen. The rub is almost an illegal screen (and often could be called by an official) by having the rub screener run by the ballhandler’s defender and get in the way as the ballhandler starts driving. A lot of the rub actions are set at the top of the key or on the wing allowing the driver to penetrate into the lane and draw help defenders. A good rub screen takes good timing and patience by the dribbler. If the ballhandler leaves to early, his defender won’t be clipped by the rub screener. If he takes off too late, his defender won’t be affected by the screen. When used properly, a rub screen allows the ballhandler to drive at full speed without the help of the rub screener’s defender. Since there is no actual screen set, the defender on the screener is usually not anticipating having to help on the action.

In this play, the rub screen is set off the ball by the 4 man. As 4 runs by 5, he clips 5’s defender allowing 5 to sprint into a ball-screen without his defender helping.

This double rub action allows the point guard to drive to the rim with his defender getting caught up by the multiple actions behind him. 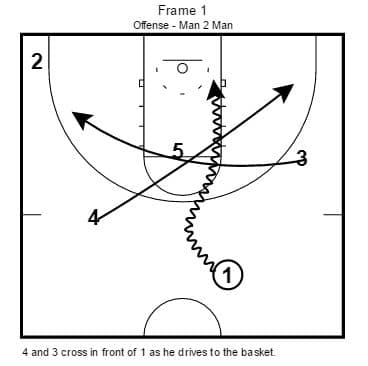 In this play, 1 passes off to 4 then cuts right in front of him to set the rub screen. 4 drives with his right hand to the rim looking for an easy layup. 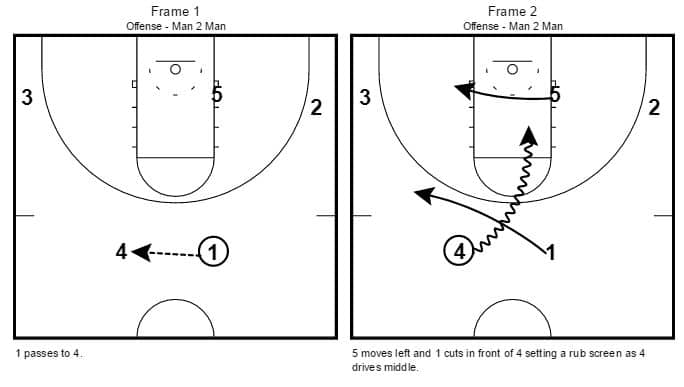 This combo rub play sends 2 into a rub screen affecting both 1 and 5’s defenders. 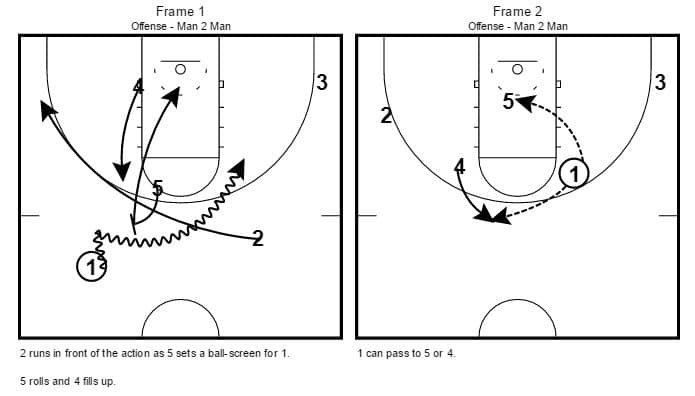 In this set, 4 sets a rub screen for 1 who dribbles straight into a dribble handoff action for 3. 3 then gets a ball-screen from 5. 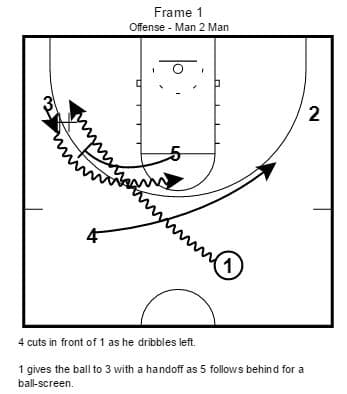 4 sets a rub action for 1 who dribbles left. As 1 gets to the left slot, 5 flashes high. 5 can then look to pass directly into 4 or can pass to 3 on the wing who looks for 4 posting up. 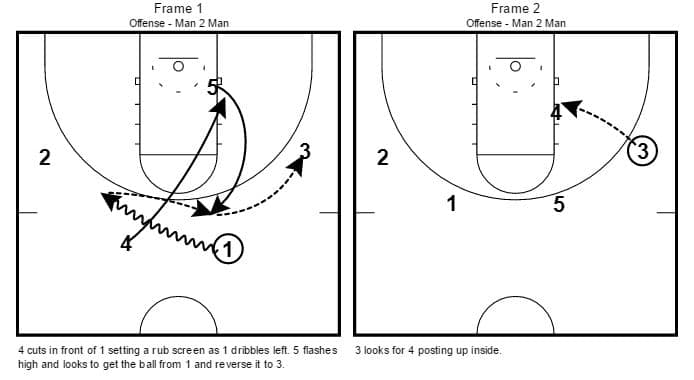