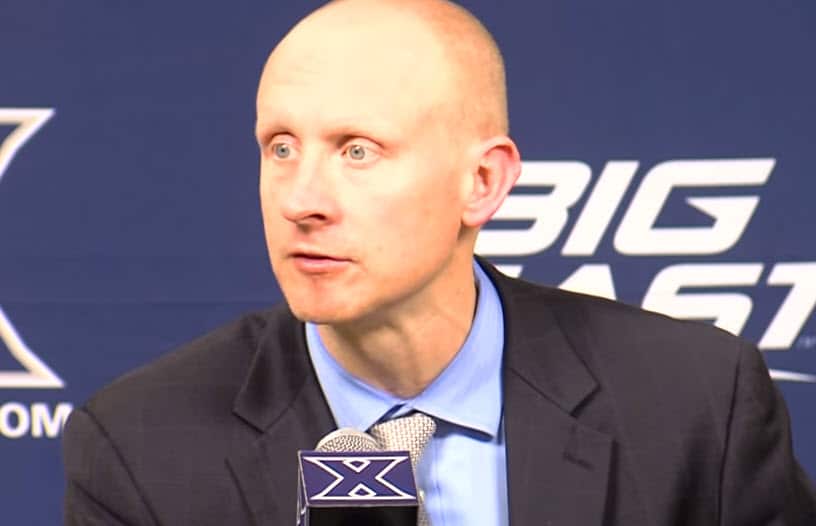 Finally, it is the best time of the year, March Madness! I hope that you all have found a comfortable place to sit back and watch the games. Many of you probably have signed up to get the Chris Mack Xavier Newletter that they  send out. If not, do that right now! It is phenomenal and full of anything and everything that you would need to know!

Today, I wanted to share their dribble handoff series that was posted last season. This 19 page document has some nice looks to get great shots utilizing the dribble handoff. If you are interested in checking out this document or any past newletters, follow this link: http://goxavier.com/sports/2015/8/7/MBB_0807151740.aspx

To say that this season has been a successful campaign is an understatement, however, failure to make a deep tournament run will dampen the Musketeers enthusiasm. Xavier finished their second Big East campaign in second place with a 14-4 conference record and are currently sitting at 27-5 with a 2nd seed in the NCAA tournament. Xavier will match up with 15 seed Weber State in the first round for a chance to face the winner of Wisconsin-Pittsburg.

During the 2015-2016 campaign, Xavier beat several opponents who were ranked at the time, Michigan (24), Cincinnati (23), Butler (9), Providence (10 & 23), as well as their marquee win over then #1 ranked Villanova. The Musketeers this season built on their 14-15 campaign in which they finished 23-14, earning a 5th seed in the NCAA tournament and making the Sweet 16 before losing there to 2nd seeded Arizona.

Chris Mack entered his 7th season at the helm of Xavier with a career record of 134-71. Prior to taking on the role of head coach at Xavier, Coach Mack was an assistant at Xavier for Coaches Sean Miller and the late Skip Prosser as well as under Coach Prosser at Wake Forest.

In the attached document, Xavier runs dribble handoff looks from some unique formations.

Hopefully your seasons have gone well and possibly you are still playing somewhere. As the season winds down, do not forget to take time for yourself, time for your family, and time to reflect on what you can do next season. Finding new ways to execute on the court but also ways to connect with your team off the court will pay off big dividends come next season.