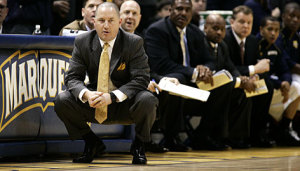 Buzz Williams began his coaching career in 1990 as a student manager at Navarro (Texas) Junior College.  His first job was sweeping up the floors.  He wrote 425 handwritten letters to college coaches each week asking about potential job opportunities.  He would work each week of summer in college at a different basketball camp.

At the ripe age of 21, Williams was hired as a full time assistant at University of Texas-Arlington.  He made $400 a month and lived in a dorm room.  He loved it.  That is where I first got to know Buzz Williams when I was recruiting for Southwestern Oklahoma State University as a Graduate Assistant.

Coach Williams says that his lack of playing experience doesn’t bother his players.  That most of them relate to him since he mainly recruits junior college stars that had to work extra hard to get to that level.  He thinks that some coaches who were great players didn’t have to do the things that he did.  He doesn’t hold it against them, but he didn’t have a choice.

Buzz tells people that a lot of coaches want to be a Big East head coach, but don’t want to be a junior college manager first.  It helped him out a lot.  He wouldn’t change his path at all. 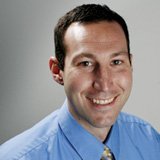