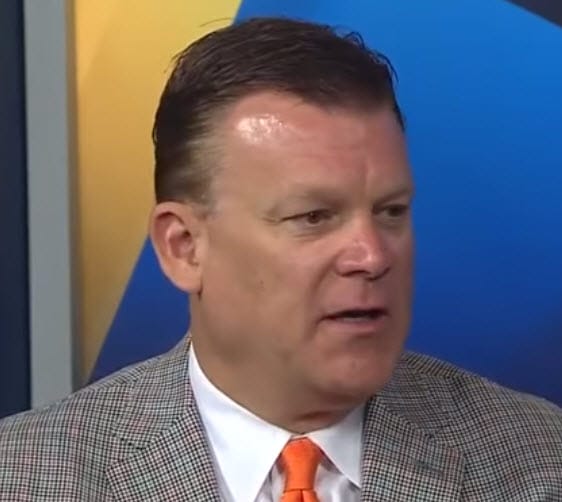 Oklahoma State University is coming off a 12-20 season where they had tons of injuries to their best players and some very poor play. Despite finishing at the bottom of the Big 12 last season, Jawun Evans won the Big 12 Freshman of the Year after missing the final ten games of the season.

Oklahoma State’s poor record kept a lot of people from knowing Evans, even when he was the 33rd high school prospect in 2015, according to ESPN, but didn’t get much national attention as a freshman.

Jawun Evans averaged 12.9 points, 4.9 assists, 4.4 rebounds, and 1.1 steals per game, He will will get a second chance to make national headlines this year. He will be supported by a highly touted recruiting class and seen as a strong draft prospect. Doug Gottlieb tweeted out during the NBA Draft: Jawun Evans – OK State – Next Chris Paul. Next year is loaded.

That is high praise from one of the best college basketball analysts, but it’s also not crazy. Chris Paul has had a great career in the NBA, but Evans has a chance to put up similar numbers as a sophmore like Paul did at Wake Forest.

As a first team All-American in 2005, Chris Paul averaged 15.3 points, 6.6 assists, 4.5 rebounds, and 2.4 steals per game. He also only shot 45.1 percent from the field, but was a much better three-point shooter than Evans as he connected on 47.4 percent of his three three-point attempts per game.

Evans was one of the best rebounding guards in the Big 12 and that trend should continue this next season. The new addidtion of JUCO transfer Tyrek Coger could take some of those rebounding numbers away, but Oklahoma State will still be an undersized team who will need extra help on the glass from their guards.

When looking at how Evans played last year, there’s no doubt he should come close or surpass the numbers Paul posted as a sophomore. Evans was one of the best rebounding guards in the Big 12 last season, and that trend should continue this upcoming season.

Maybe the new addition of JUCO transfer Tyrek Coger will take away some boards, but OSU is still an undersized team who’ll need extra help on the glass from their guards.

With Brad Underwood as their new head caoch, and a year of college basketball under his belt, Evans should be a more dynamic scorer this year. He should be in store for a special season and they will be able to put Oklahoma State University back in the national headlines.