The Brad Stevens NBA Boston Celtics need to find a way to get the ball through the basket by someone other than Isaiah Thomas. Those people on the floor with the 5-foot-8 guard hopefully will make his life easier by hitting their shots. Everyone from Marcus Smart to Jae Crowder need to return this season as better shooters. They run a break down offense that leads to playing the bigs when they need to, but also being spread and spaced enough when they have a guy like Isaiah on the floor that they can take advantage of him. 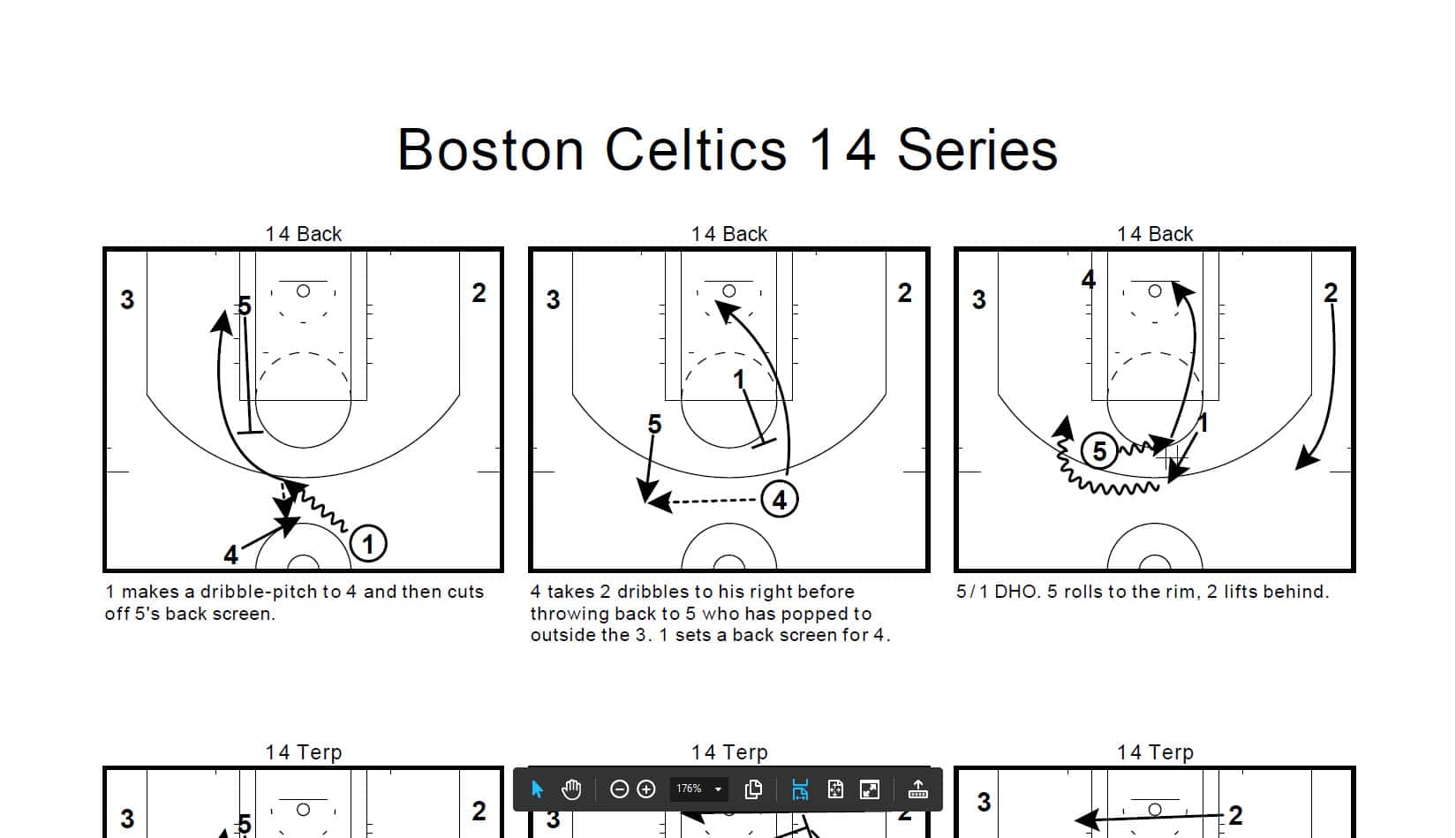 The Brad Stevens NBA Boston Celtics are built to space the floor and get the ball up it. They need to have shooters around him. They need shooters that are worthy of sharing the floor with the NBA scoring leader. They need makers around Thomas and not just “shooters”.

Are they making shots at a high enough rate? Are you a big enough threat to the other team? They need three guys that can fill up the bucket when he is out there.

I think that the Brad Stevens NBA Boston Celtics 14 Series is a great way to start looking at his offense if you have some shooters on the floor. I think that Coach Brad Stevens is going to be a great NBA coach.

The Brad Stevens NBA Boston Celtics are built on numbers. Coach Brad Stevens is a technical guy and he knows a lot of stats in there of where the team can get better than last year and how thin the line is between the fourth or fifth seed in the East or being 12th and missing the playoffs. So he did a really good job of illustrating those things and telling us defensively we need to be where we were last year, get even better. And offensively there’s a few categories we can get better at to improve that efficiency. So I think it’s good for players to know Day 1 what needs to be accomplished, and then you work every day to get there.”

Coach Brad Stevens will stress foregoing long twos for more efficient shots. He says that if you replace the mid-ranger jumper with layups or finishes in the paint or the 3-pointer that you can change the efficiency of the offense.