The play starts with a pass to the right wing and a UCLA action between 5 and 1 (1 cuts to the block off of the back screen from 5 at the elbow. 2 then passes to 5 stepping out to the perimeter. Once 5 has it, 1 cuts off of a staggered screen on the left side of the floor from 4 and 3. If 1 gets the ball without a shot, 4 spaces out to corner and 3 now cuts off of the staggered screen from 2 and 5 on the right side. The action can continue as long as needed until a shot is open on the wing. The guards can look to curl the stagger as well. 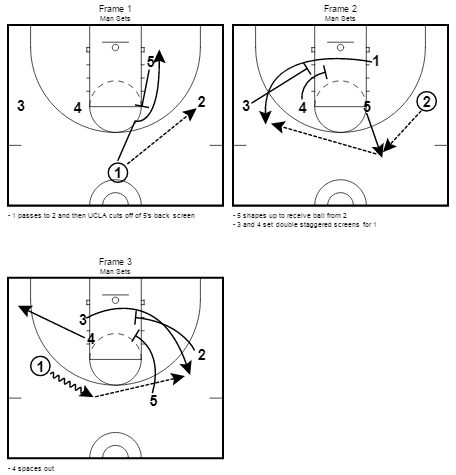