This playbook includes five zone plays from Kansas Jayhawks Head Coach Bill Self. Every year, the Jayhawks are one of the most efficient offenses in college basketball. With such a high powered offense, many teams opt to play zone defense against the Jayhawks. Bill Self does a great job teaching his players how to play against a zone including spacing and timing. The video shows several zone plays from the NCAA Tournament games against Villanova and UCONN. Kansas attacks the zone several different ways, but prefers to have two post players inside and three guards on the perimeter.

This is a go-to play for Kansas against zones. It is basically a continuity ball screen motion against zone defense with 4 and 5 setting ball screens in the slot. 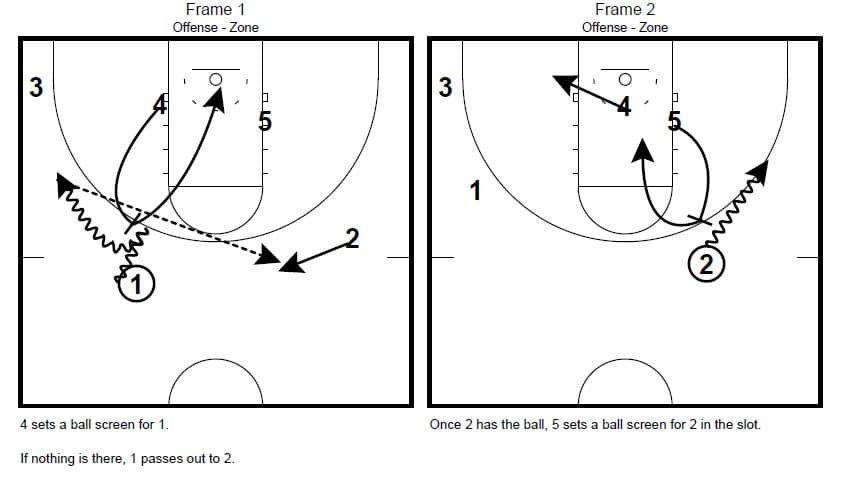 In this play, the point guard attacks the zone using a double drag ball screen against the top of the zone. 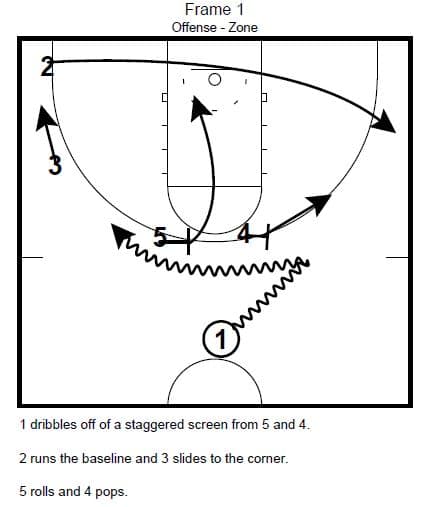 Perry Ellis is great at moving off-ball against both man and zone defenses. In this play, Ellis works the middle of the zone and gets a pass at the high post for a shot. 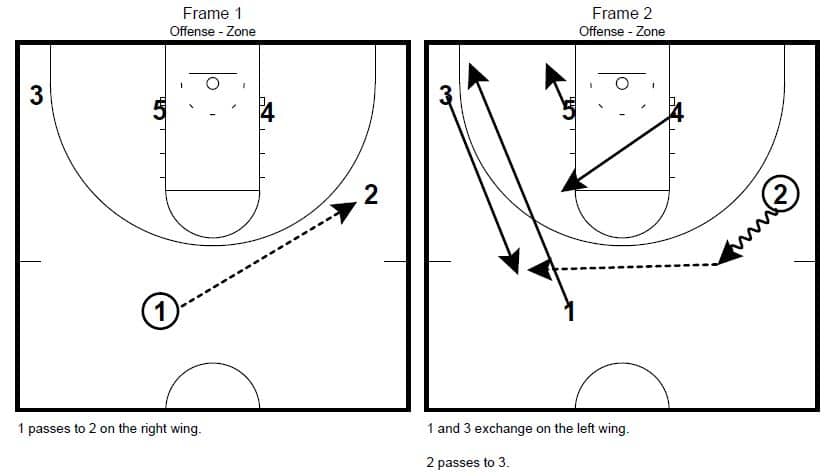 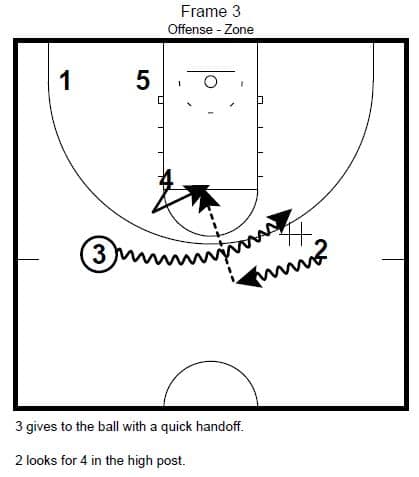 Kansas uses this play against zone defenses with the two post players “x-ing” in the lane. The Jayhawks also send guards running the baseline to create overloads and mismatches. 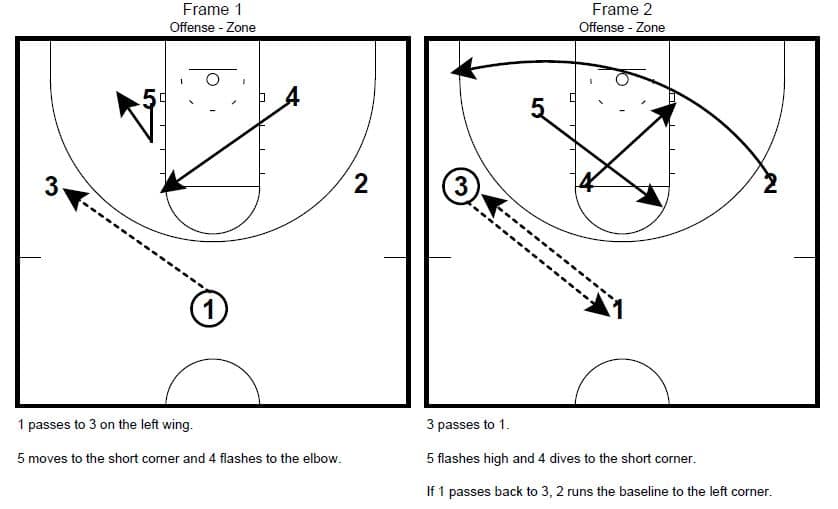 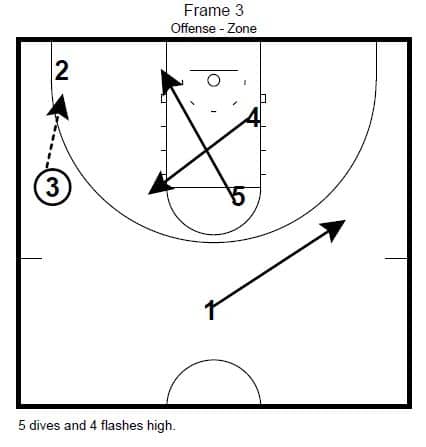 This zone play sends two guards running baseline. The first runner creates an overload on the right side of the floor. 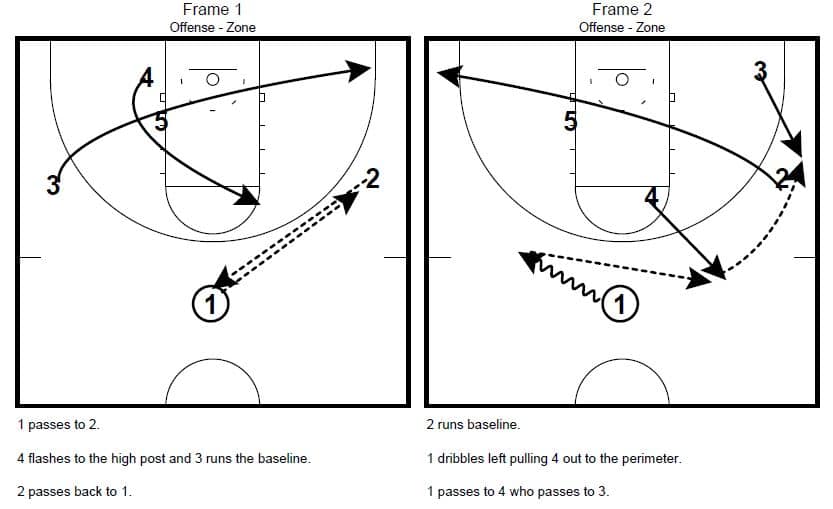