Frank Mason III is a perfect example that the Bill Self Kansas Jayhawks Skill Development Shooting Drills helped him out! 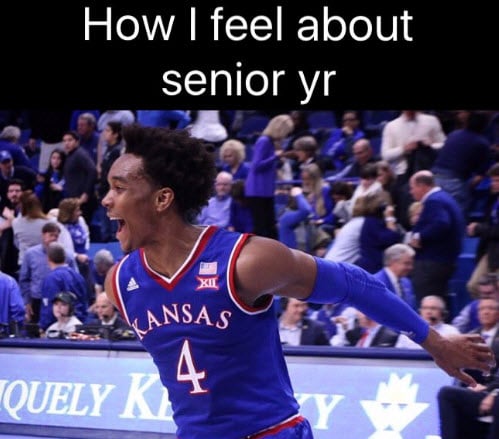 Bill Self is the ultimate skill development coach and a great closer in recruiting. People will bash Bill Self for not winning enough Elite Eight games. The main thing is that the guy is a Hall of Famer for a reason.

March Madness has been a trail of tears for the Kansas Jayhawks Fans every April. Coach Self did what he does best, and that is closing. Senior Devonte’ Graham just announced on Twitter this Sunday that he would return for his senior season in Lawrence, Kansas.

The Bill Self Kansas Jayhawks Skill Development Shooting Drills will benefit Devonte’ Graham one more year and allow him to go in the first round of the NBA Draft. He didn’t get the right feedback from the NBA, so it was not a good time for him.

Frank Mason III had an unbelievable year so who says that Devonte’ can’t do the same next year. He will be the face of the Kansas Jayhawks next year. A year ago, Bill Self counseled Frank Mason III to stay in college for his final year. He spent this past offseason working on his outside shot. The Bill Self Kansas Jayhawks Skill Development Shooting Drills made Mason one of the best college basketball players this year. He was presented with the John Wooden Award this year.

Graham and Mason spent the last couple seasons playing as combo guards. Bill Self has implemented a two-point guard system. Coach Self loves ball movement and having two ball-handlers play together makes it move quickly.

Coach Self is going to get recruits to Kansas, but he makes them into better players. Kansas is going to keep running a two point guard system, and Graham staying allows Coach Self some time to land a five-star guard in Trevon Duval. Duval said that he would wait for the decision from Graham before he makes a decision. It would allow him to grow with a veteran beside him.

The Kansas Jayhawks should be the favorite to win the Big 12 again and a pre-season top five team.