You can throw out the Bill Self Kansas Jayhawks thrashing of Texas on the road by 86-56. I agree with Ken Pomeroy that the Kansas Jayhawks are the best college team going into March Madness. They are very tough and mature at every position. Frank Mason is leading the charge at the point guard position. Wayne Selden is your wing player, and on the inside, Perry Ellis and Landen Lucas are physical players with Jamari Traylor coming off the bench. These guy are tough and fear no one.

They have experience in one senior, three juniors and one sophomore. The Bill Self Kansas Jayhawks are the type of team that will thrive in the NCAA Tournament. Coach Self seems to love this kind of club and they are heading into post-season play with great confidence.

They have great depth which is over-rated in college basketball, but it’s going to pay off in the NCAA Tournament. The front court is stacked. Jamari Trayor comes off the bench and Coach Self has two great players in Cheick Diallo and Carlton Bragg – at Bill Self’s disposal playing a reserve role.

Hunter Mickelson, a four-star recruit, is also available. On the wing, Brannen Green and Sviatoslav Mykhailuk are deadly threats from deep. They don’t have a great backup point guard, but starting shooting guard Devonte Graham can slide over to the point. 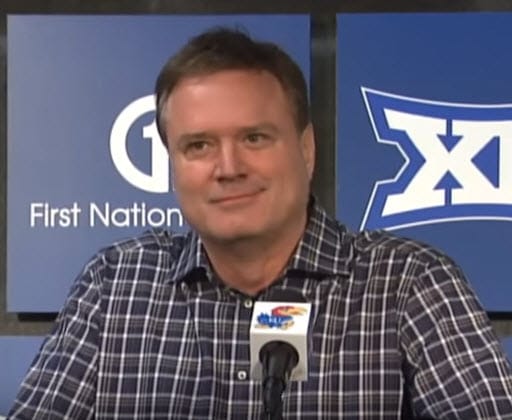 The Bill Self Kansas Jayhawks can score in transition and in the half court. That is where they are the most dangerous. Perry Ellis is a big-time scorer with 4 years of experience and the Jayhawks can hurt you inside and outside.

They are number 5 in the country in defense. Mason can lockdown any player at the point of attack. He was all over Buddy Hield when Kansas and Oklahoma played this year — and the Jayhawks play exceptional team defense.

Bill Self is probably the best college coach in america right now. He has had some early tourney defeats in the NCAA Tournament, but he has also won a championship and finished runner-up.

Coaching – Bill Self is a arguably the best coach in college basketball. He has had some early defeats in the NCAA tournament but has also won a championship and finished runner-up.