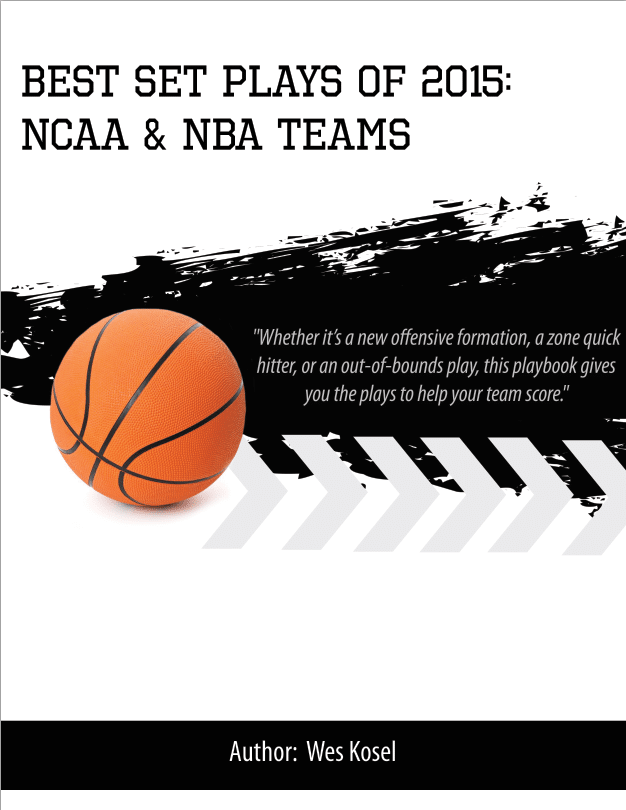 “Use the Best Set Plays of 2015 Playbook to prepare your team for the upcoming season. Whether it’s a new offensive formation, a zone quick hitter, or an out-of-bounds play, this playbook can give you the plays you need to score next season. The Best Set Plays of 2015 Playbook provides you over 100 pages of new plays from the top coaches in the NCAA and NBA to blend into your offensive philosophy.”

In the Best Set Plays of 2015 Playbook, you will find the best plays used by your favorite NCAA and NBA Teams from the past year. This playbook features 96 plays over 112 pages and includes man to man set plays, zone set plays, baseline out-of-bounds plays, and sideline out-of-bounds plays. From March Madness to the NBA Playoffs, 2015 was full of great basketball and exciting plays. Add your favorite plays to your own personal playbook and use the plays that the top coaches in the NCAA & NBA have used this past season.