One of the best basketball games tonight is the Boston Celtics playing the Milwaukee Bucks! 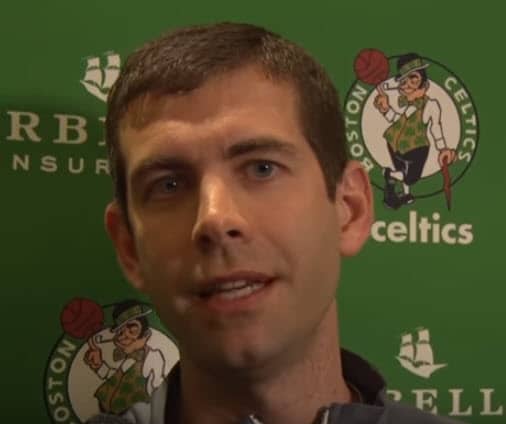 Brad Stevens thinks the Boston Celtics meeting the Cleveland Cavaliers will be one of the best basketball games of the NBA Playoffs!

Isaiah Thomas is leading the Boston Celtics to their NBA playoff charge tonight against the Milwaukee Bucks. As of right now, If the Boston Celtics beat the Bucks tonight then they will be on top of the standings in the Eastern Conference.  It will be one of the best basketball games of the night.

Brad Stevens is keeping the defending champions at the top until someone knocks them out of the playoffs. The Cavaliers lost three straight games after they beat the Boston Celtics in the Garden last week. Those losses left the door open for the Boston Celtics to get the number one seed in the East with a win over the resting Bucks tonight. The Bucks plan on resting players tonight. Boston should win easily.

Brad Stevens has told his team that they need to be motivated to win the number one seed and that no one will respect them unless they earn it. As of right now, the game is tied up 76-76 in the third quarter. The Bucks aren’t backing down.

The Cleveland Cavaliers might be the team to beat, and they deserve it. No one has knocked off the Cavaliers yet. The Cavaliers have been to back to back finals and won it all last year.

The Cavaliers aren’t worried about finishing second to the Boston Celtics in the East. They are resting LeBron James at home versus the Toronto Raptors tonight. They are playing that game right now too.

Coach Stevens will play his rotation of nine guys, but they could play Terry Rozier and Gerald Green a little bit. They are looking at match-ups more than anything else. They aren’t just going to throw players in there.

Coach Stevens will probably play Jonas Jerebko, Kelly Olynyk, Jaylen Brown, and Marcus Smart off the bench. He did say that everyone will be available for the last game of the season. They are going to try and get that fifty-third win of the season to clinch the number one seed in the East.

Click on the pdf link to download one of the best basketball games from the Boston Celtics:

← Prev: Here are some Mark Few Gonzaga Bulldogs Post Set Plays that they ran in the National Championship game! Next: Gregg Popovich thinks that Becky Hammon is comparable to Steve Kerr and has the stuff to be an NBA Head Coach. Latest Spurs Set Plays inside! →