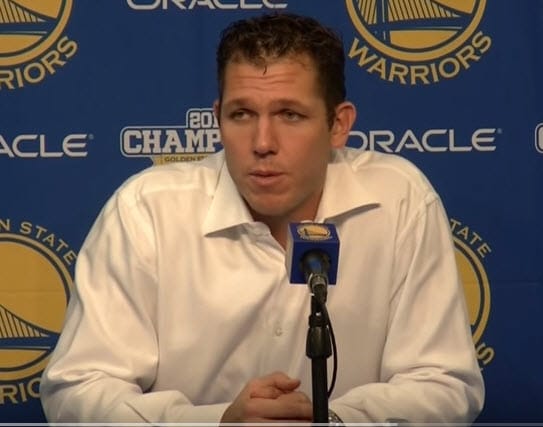 Here are some of the best and most innovating NBA Sets from the month of January 2016. You will find drag screen NBA Sets in Transition that are always a great thing for a title-contending team. They are very effective, because you can try to score early in the shot clock. When you move the ball down the court quickly, there’s a greater chance that the defense will either be short-handed or not yet set. You will be able to confuse the responsibilities of the players in help defense and allow the scorer to make a uncontested elbow jumper.

Another of the NBA Sets that I saw where the team begins in a Horns set. Overload one side of the floor then get the them to set a quick flare screen for the point guard. Brad Stevens of the Boston Celtics is the king of mis-direction NBA Sets. Brad Stevens used a decoy lob for a post player that was a huge hit this month too in their set plays.

Fred Hoiberg of the NBA Chicago Bulls used the Slice 3 Post this last month. It’s a great way for them to isolate Noah in the post. This ATO Play was a great way to get a quick score.

Luke Walton of the NBA Golden State Warriors has used the Triangle screen for screener several times this month to get a score out this slob. They always get a shot for Curry or Thompson out of these basketball plays.

Doc Rivers of the NBA LA Clippers used the Slip Veer 52 a couple times this month in crunch-time. It’s a great way to get their two guard a great wide open three point shot.

The NBA Miami Heat used the Slice Gaggle a great shot at the top of the key for their point guard.