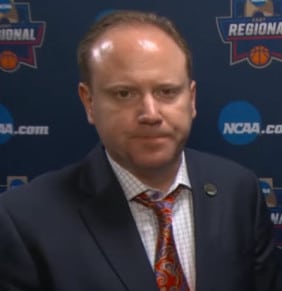 It never disappoints, March is always full of surprises and the same old favorites making runs and history in the NCAA Tournament. While Wisconsin Badgers has been on the minds of many college basketball fans the past couple of seasons with their back to back Final Four appearances, it has not always been that way. The Badgers have quietly made their mark on the landscape of college basketball. Since 2011, the Badgers have made 5 Sweet Sixteen appearances outpacing other notable programs like Arizona, Duke, Florida, Kansas, Kentucky, Louisville, Michigan State, and North Carolina all of whom have 4 appearances.

This season, however, did not look like the Badgers of old. Gone were the NBA players (3 draft picks in the 2015 NBA draft) and in with the more typical Wisconsin lineups of talented players who were often under recruited. Coach Bo Ryan began the season with the Badgers but it was shockingly clear that this season would be different as the Badgers lost their opening game at home to Western Illinois 69-67. The Wisconsin Badgers would also lose home games to in-state rivals Milwaukee and Marquette before Coach Ryan abruptly retired in December. Prior to the season, Coach Ryan had made his pledge for long time assistant coach Greg Gard to take over after Ryan’s eventual retirement. While the UW administration trusted Gard, they were not going to appoint him the head coach in waiting, this was a major reason for the mid-season transition.

The audition period for Coach Gard was here and boy would it be a ride. Taking over the Wisconsin Badgers were 7-5 but a long way from even thinking about a tournament appearance let alone the Sweet Sixteen. Gard’s lone tune-up game before Big Ten conference play would be a win 84-79 over eventual tournament participant UW-Green Bay. The Badgers then put together a winning streak with a conference opening win over Rutgers. The fun for the time would stop there, however, as the Badgers would lose their next three games against Indiana, Maryland, and Northwestern. All of the early struggles would start to change on January 17th when Wisconsin edged then #4 ranked Michigan State 77-76 at the Kohl Center. 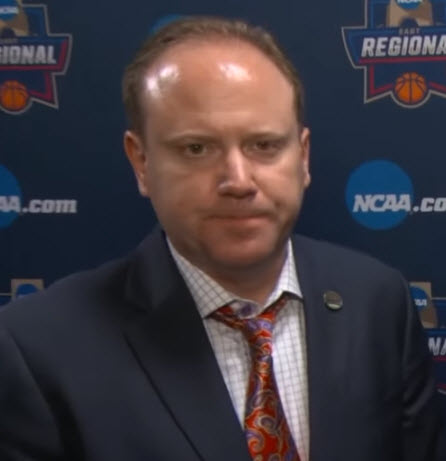 Following the win vs. Michigan State, the Badgers would win 10 of their remaining conference games including win streaks of 7 (including MSU) and 4 games. These streaks would also involve victories over #19 Indiana, #2 Maryland (road), and #8 Iowa (road) while their only two losses were road defeats at #8 Michigan State and #15 Purdue.

The excitement was short lived when Nebraska knocked the Badgers out of the Big Ten Tournament in the Badgers first game. THe waiting game for the tournament had begun. The Badgers would be rewarded for their late season turnaround with a #7 seed and a first round matchup with #10 Pitt.

The Badgers would continue their up and down season by defeating Pitt in an ugly 47-43 First Round victory. Junior Bronson Koenig would then shock the #2 Xavier Musketeers with two late 3s, the final one at the buzzer to secure the Badgers Sweet Sixteen berth with a 66-63 victory. The Badgers were poised to make history with an Elite Eight appearance against Notre Dame before the magic ran out. Poor defense and poor decisions against the press late allowed the FIghting Irish to complete the unlikely come from behind victory, 56-61.

The Badgers have only one senior and with the Interim tag removed from Greg Gard, the Badgers are poised to make more noise in 2016-2017. We will have to see if Wisconsin can make it a 6th Sweet Sixteen visit in 7 seasons come next March.

I have included the winning jumper from Bronson vs. Xavier and a great post entry from the Notre Dame game for your pleasure. I hope you enjoy and good luck this off-season.