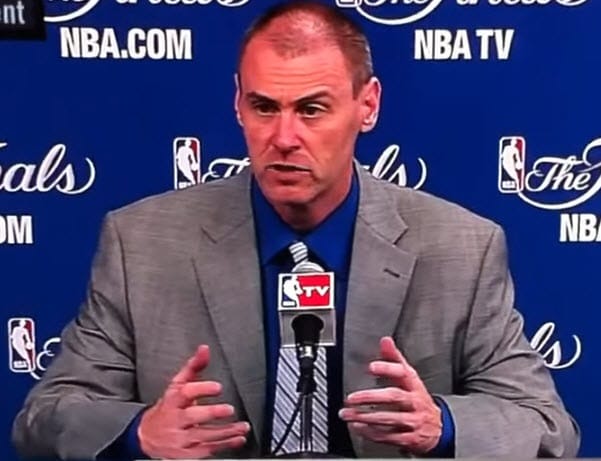 What a difference a day makes! In game 1, the Thunder of Oklahoma City defeated the Dirk Nowitzki – Dallas Mavericks by points. A lopsided victory that was never really in doubt. The Dallas Mavericks responded in game 2 by becoming only the 5th team to win a playoff game after losing by more than 35 pts in their previous games.

The win came in dramatic fashion as Raymond Felton missed two free throws with 7 seconds remaining that would have extended the Mavericks lead to 3. Oklahoma City with no time outs had to push the length of the floor and was able to get a couple looks at the basket, including what appeared to be the game winning tip in by Steven Adams at the buzzer. Upon further review, the ball was still in Adam’s hands at the buzzer so the basket was nullified and the Mavericks victorious.

To win the series, however, the Mavericks will have to improve their shooting. As a team, the Mavs are currently shooting 36% from the field, 24% from 3, and 57.8% from the FT line. The Dallas Mavericks are being led by Nowitzki with 17.5 ppg, Felton at 14.0 ppg, and multiple players at 7 ppg or fewer. The impact of key injuries is being felt by the team and will most likely derail their championship aspirations.

During a regular season that saw the Mavericks finished 42-40 and in a tie with Memphis for the 6th spot in the West. Dallas was averaging 44.4% from the field, 34.4% from 3, and 79.4% from the FT line during the regular season. Veteran Dirk Nowitzki led all scorers with 18.3 ppg, Deron Williams at 14.1, followed closely by Chandler Parsons at 13.7 ppg.

This is a contrast from the regular season in which OKC was averaging 47.6% from the field, 34.8% from 3, and 78.2% from the FT line. During the regular season, Durant led all scorers with 28.2 ppg, Westbrook at 23.5, followed closely by Kanter and Ibaka at 12.7 and 12.6 ppg respectively. Oklahoma City finished the season, Billy Donovan’s first at the helm, with a 55-27 record and sole possession of the highly competitive Western Conference.