One of the hardest lessons to take in as a coach is that we are only guides on the journey of our players. When the Sherpas take climbers to the top of Mount Everest they do not hold the climbers’ hands or physically push the climbers up the mountain. They share with the climbers time-tested route advice that can be used to scale the mountain. When the modern military trains fighters for combat, rather than give them rote memorization of patterns and directives, it focuses on teaching them to think critically in combat situations and develop the necessary brain circuitry to be an effective warrior under any conditions. Yet in sports, we consistently see coaching that hammers home specific pattern work and robotic behavior. Rather than giving players the environment necessary to solve their own problems, we as coaches love to solve their problems for them. Where does this disparity come from?

In my estimation, the sources of the problem are:

1. We coach like we were coached. Many of us had questionable coaching when we were growing up. We were coached by men and women who cared enough to dedicate their time and energy to being a part of a basketball program, perhaps for a long period of time. These people may have had variant degrees of teaching ability, but not too many of us played for John Wooden. This means we have a brain imprint of what coaching is “supposed” to look like. And chances are, this brain imprint does not match the science of motor learning and the science of talent development.

2. We like to be “in control”. When the players do exactly what we tell them to do it allows for two specific reactions to the outcome of a game. If we win, by golly the coach is a genius! If we lose, well it’s the players’ fault for not executing what I the coach have conceived in my mind. It’s a wonderful place for the egotistical coach to be because it’s a no-lose situation.

3. We feel pressure to “win now” at the expense of player development. Coaches consistently take shortcuts toward winning in the form of robotic plays and controlled directives. Instead of developing the “best basketball players” we possibly can, we as coaches prefer to plug players into highly specialized roles and use them as pawns toward winning. This is a sensitive subject, because coaches will respond by saying, “Well, the object of the game (singular) is to win.” This is true but shortsighted. The real object is to develop exceptional, responsive basketball players who can do the winning for themselves because they understand the sport and play it well together. When players of this caliber have been developed, the coach can enjoy games knowing his team will function at its highest capacity. 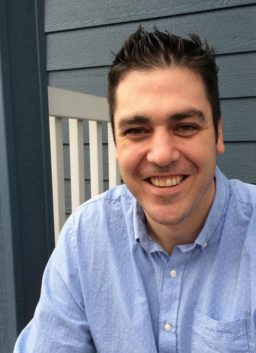 The slightly painful but optimistic solution to our problems as coaches is the simple phrase, “Figure it out.” Players simply must go through the trial and error phase of their development in order to actually develop. That means practices must be mistake-filled and dedicated to correcting errors. The great Piggy Lambert, former coach of Purdue University, once stated, “The team that makes the most mistakes usually wins.” Figuring it out requires a lot of mistakes. It requires players to not be punished for going through the process of learning. There are no shortcuts in this development cycle, no magic sideline out-of-bounds plays, and no coaching words of wisdom able to remove the struggle of figuring things out. But players will figure things out. They will learn from their mistakes. And they will improve dramatically throughout the course of a season. Regardless of your team’s starting point in terms of talent, you will act as the Sherpa to the players, gently steering them in the right direction rather than pushing them up the mountain via one specific path you’ve chosen. And the rewards are great. Players who have taught themselves (through guided discovery) how to play basketball retain that knowledge. They are able to function in all types of basketball environments. And, ultimately, they will make your team win much more than any specific “play” ever will.

I remember hearing an interview with a University of Oklahoma football player earlier this season, right before they played a big game against a well-coached team. The player said, “We’ve looked at their defense on film and all they run is a basic scheme. We are going to tear that defense apart.” What he failed to realize is that the defenders had been very well trained at playing that basic looking defense, knew how to react to personnel and formation, and were competent at “playing football”. They had figured out how to operate successfully out of a standard defensive position. Of course, the team with the “basic” scheme went out and beat Oklahoma to shreds. The same is true in basketball: players who can think on their feet will ultimately compete more favorably than players who have been coached to only do specific tasks. It is an old John Wooden truism that, “The team with the best basketball players usually wins.”

Click on the pdf link to download the article: The Answer is Figure It Out by John Mietus

If you liked the Article by John Mietus then take a look at this article:

← Prev: Will Wade: "You're in the total wrong frame of mind when you get on the bus" ‬by Chris Filios Next: Wednesday X's & O's - New Mexico, Purdue Boilermakers, and Texas Tech →

Elam Ending & TBT Basketball is back. Just not the NBA, not yet at least. Our first live basketball in months is...