Air Force runs a very good half court offense based on the Princeton principles that is very difficult to guard and has multiple options based on reads. The Air Force Princeton Offense is designed to take advantage of guards and shooters as well as smart players. Out of this offense Air Force runs ball screens, back cuts, dribble hand offs, flare screens and multiple sets and quick hitters for scores. 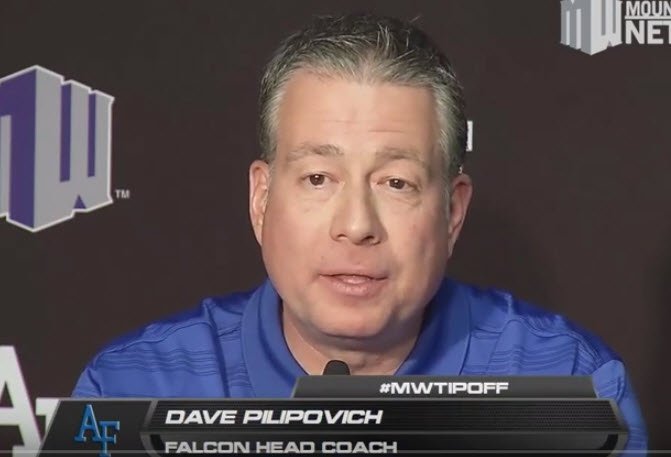 The basic action is 4 out and 1 in coming down in transition with the big running to the rim and the 4 guards filling the spots on the perimeter. After no quick score or early offense opportunity the big comes to the ballside or opposite elbow depending on the side he is on. After the big flashes to the elbow the guard opposite dribbles at the guard who then clears to the opposite wing. As the guard clears the point guard passes to the wing and then cuts off a UCLA cut to the rim-this is the first option. The big lifts to the three point line and receives the pass from the wing, triggering a weakside flare for the guard opposite to look to get a shot. If no options available then the big goes and looks for dribble hand off options. 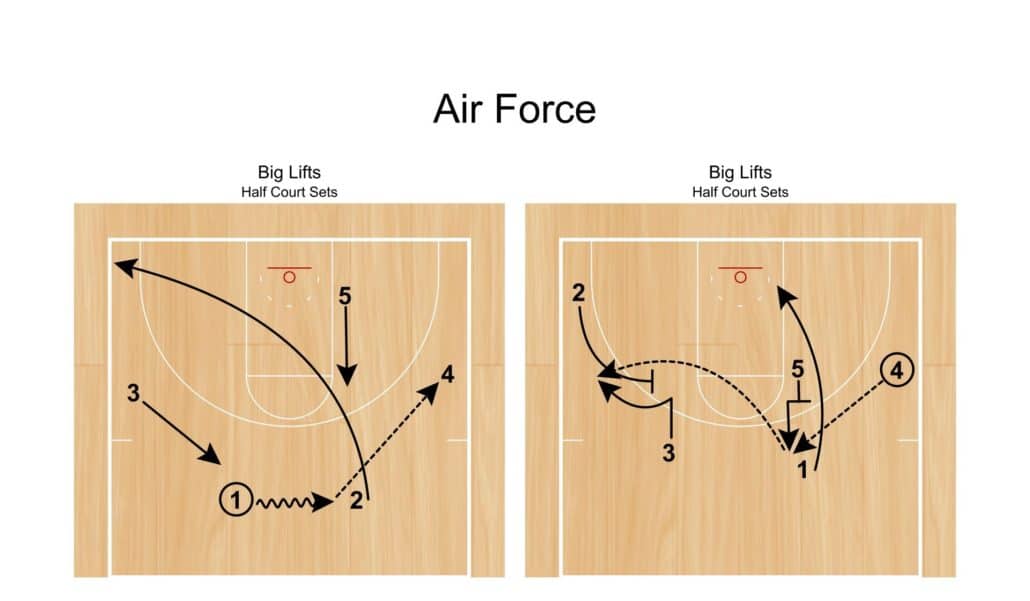 Alot of what Air Force does in their offense utilizes the bigs at the elbows and cutting off of them. They run split cuts or reads off the elbow entry pass and the main rule is that one player has to cut to the rim and the other must pop out to the perimeter, depending on how it is defended will trigger the different cuts. After the split cuts the big will look to hit a cutter and then pass to the guard who cuts out top, with the guard cutting to the basket continuing off the baseline screen. As the big passes out he steps out for a ballscreen then after the pass to the wing, sets a fade screen for the point guard. If the fade screen is not open the point guard will continue his cut to the basket and the big lifts up again and receives the pass from the wing. After he receives the pass from the wing he then looks to go into dribble hand off with the opposite wing and rolling to the rim. 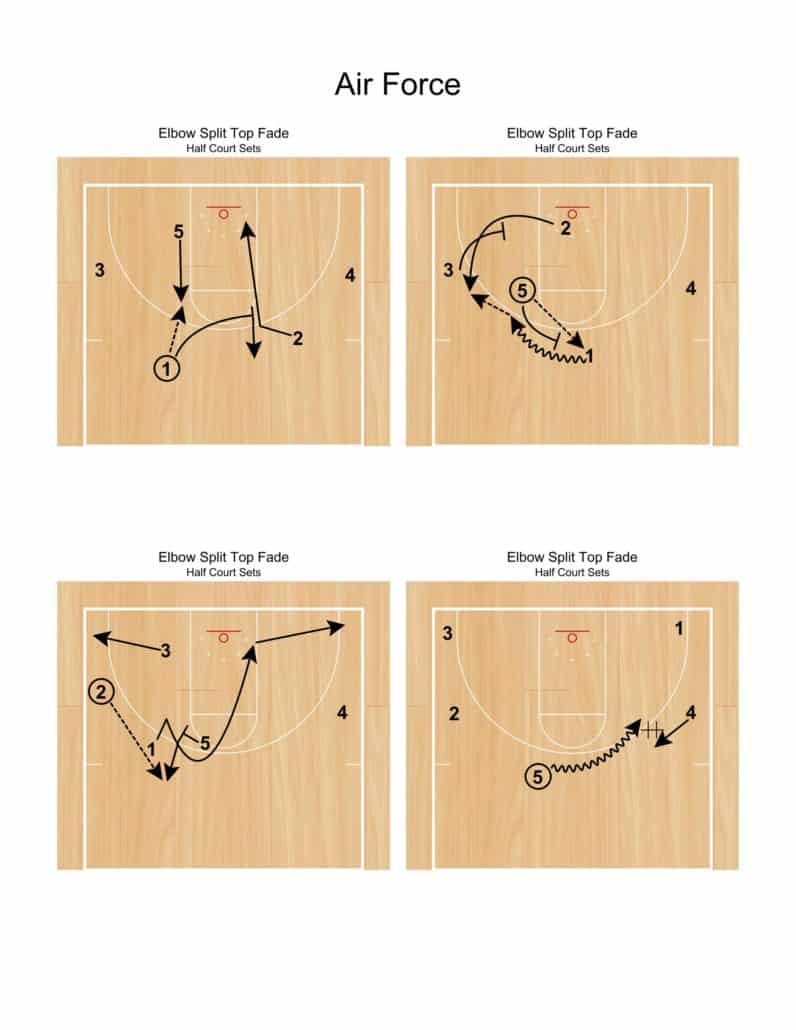 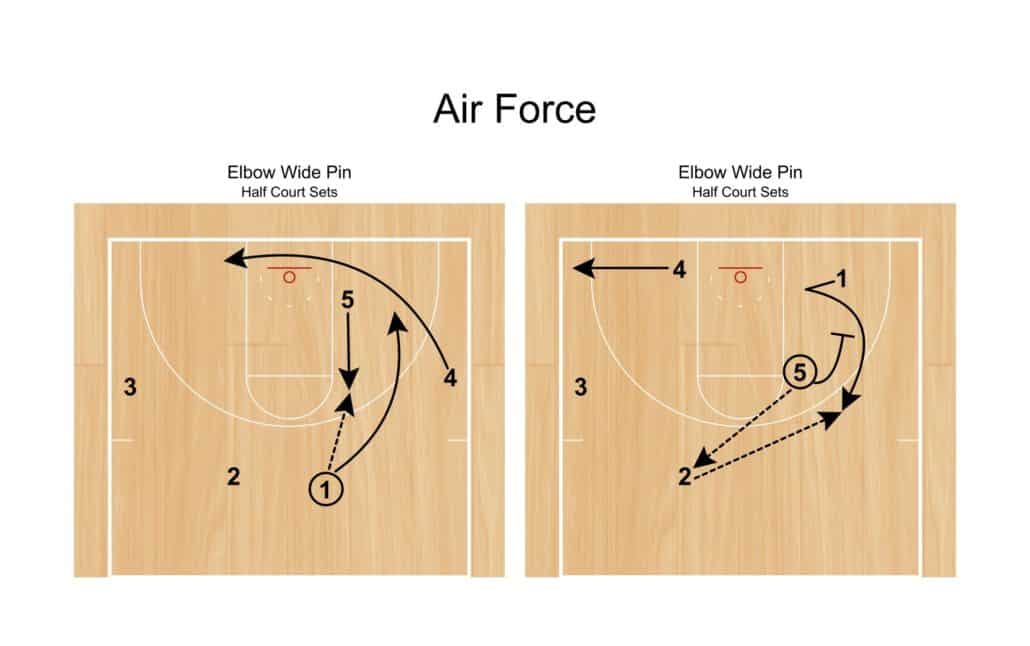 A quick hitter out of the basic chin look in which the point guard dribble hands off to the wing and the guards opposite exchange or screen down for each other. After the dribble hand off the point guard clears opposite and the 2 reverses the ball to the opposite guard and then comes off a flare screen from the five man who exited the post. 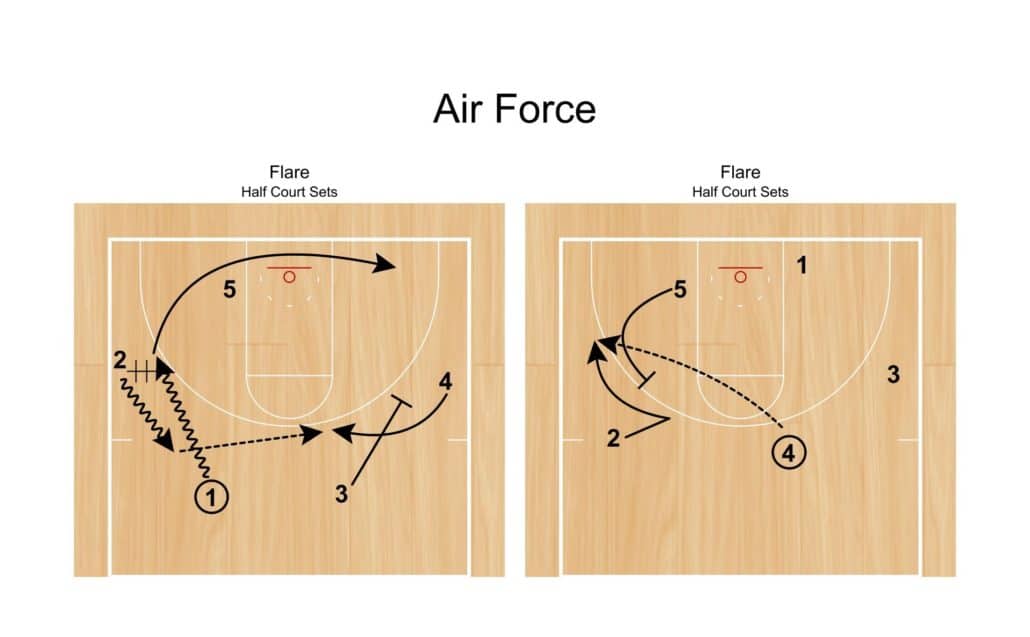 A quick backdoor look that Air Force goes to when they need a score is pretty basic, with the point guard dribbling to the wing who cuts backdoor as a decoy and the big man lifts up to clear the lane. After the guard clears the second guard cuts backdoor looking for a layup. If this action is still covered then they run right into their 5 out series with the big at the middle looking for dribble hand offs. 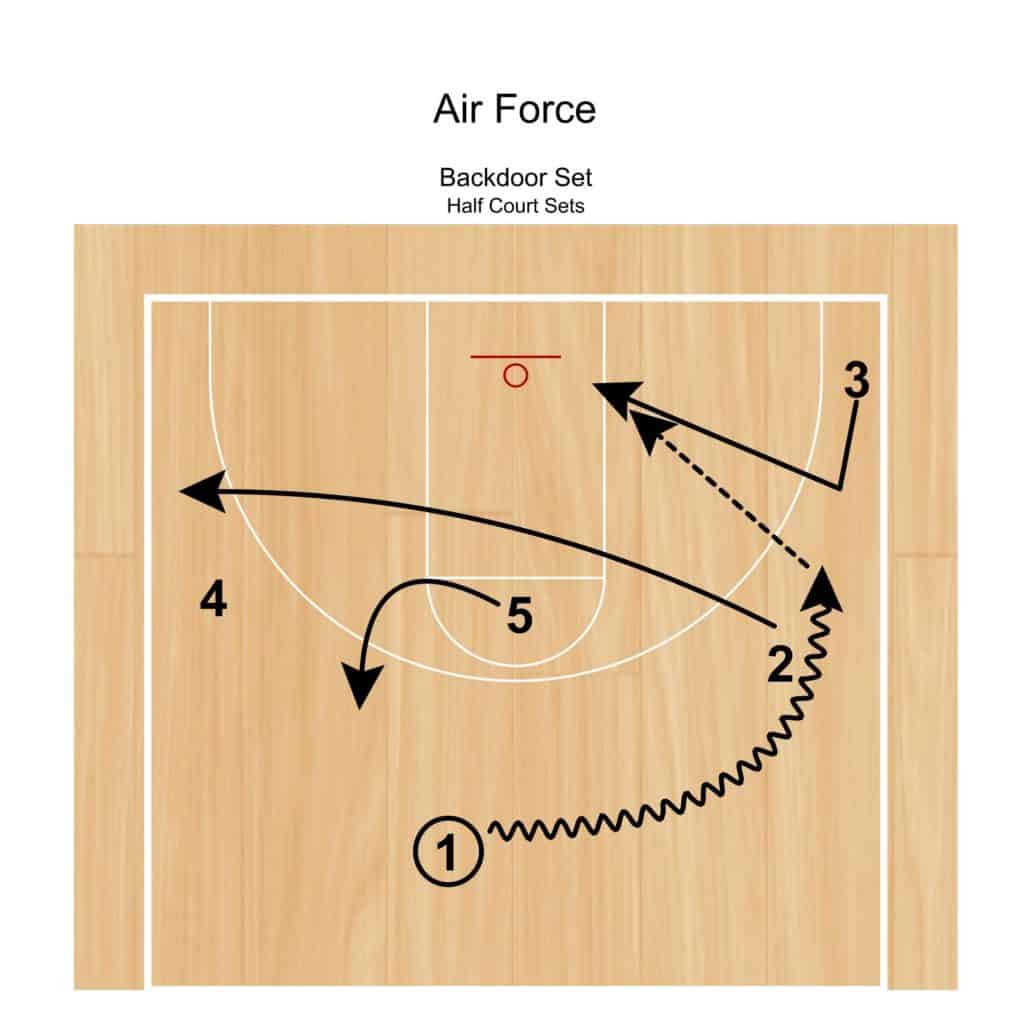 One of my favorite sets that Air Force runs is a stagger set with a couple of initial actions to get the defense moving. The main guard passes to the wing and cuts ballside corner, and the opposite guard dives to the opposite corner, as the big lifts and receives the pass from the wing. The big dribbles at the opposite guard on the wing who cuts backdoor and the guard behind receives a dribble hand off from the big, at the same time the opposite four and one man cut inside for the stagger screen for 3. Timing in this set is key when the 3 cuts backdoor that he comes off the stagger at the same time the two man receives a dribble hand off. 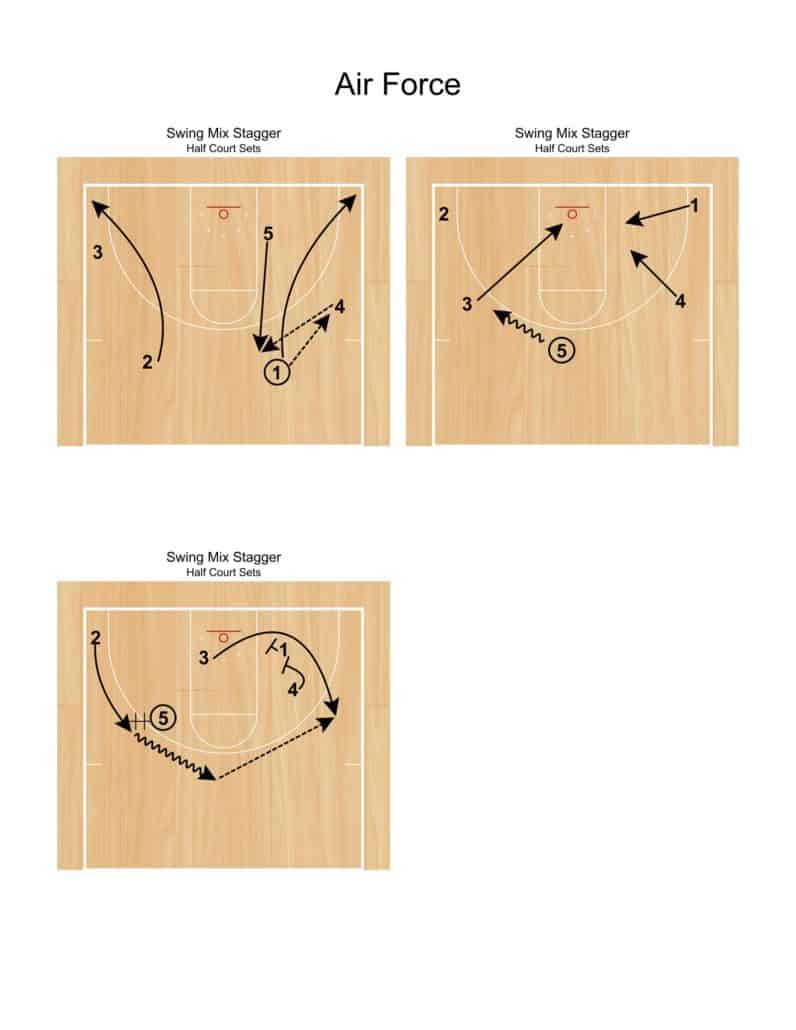