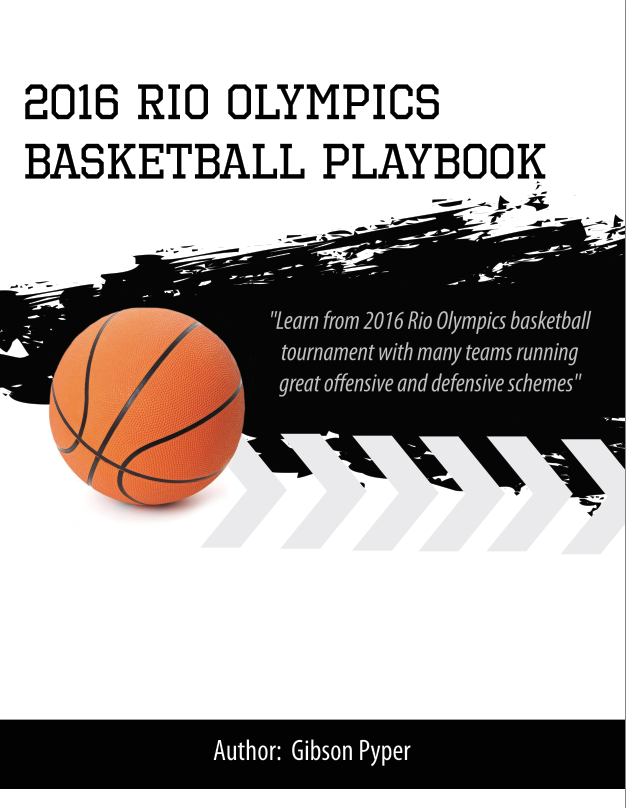 Click on the paypal link below to buy the 2016 Rio Olympics Basketball Playbook today!

The 2016 Rio Olympics basketball tournament was a great tournament to watch, with many teams running great offensive and defensive schemes. Australia men’s basketball really stood out of this Olympics as one of the best offensive teams by far in the tournament with great sets and an offense built on reads and playing great basketball. Serbia, Argentina and Spain all ran great stuff as well as Lithuania who all really impressed.

Australia ran a great ball-screen motion with multiple options and counters out of it that really kept the defense guessing and allowed the passing ability of Andrew Bogut and the shooting to flourish. Instead of the typical European ball-screen motion with both bigs starting high, Australia ran it with a big in the post first or a look out of normal transition offense and was able to get some initial high low opportunities as well. The point guard would come down the side of the floor and reverse the ball to the big at the top of the key, who then dribbled to the opposite wing. As the big dribbles the guard on the wing has 2 options: 1) cut through backdoor for a layup or continue to the opposite side and 2) screen down for the guard in the corner who comes off a dribble hand off from the big. The big in the post opposite then flashes to the high post and can receive the pass from the guard and reverses it again, then continuous motion from there. Here is a video of Australia’s ball-screen motion and counters:

The 2016 Rio Olympics Basketball Playbook is one of the most comprehensive playbooks you will find, with at least 10 sets from each team and over 400 sets total. With over 270 pages, you will find great ball-screen, back-screen and post up sets as well as baseline and sideline out of bounds sets to add to your playbook and improve your scoring chances.