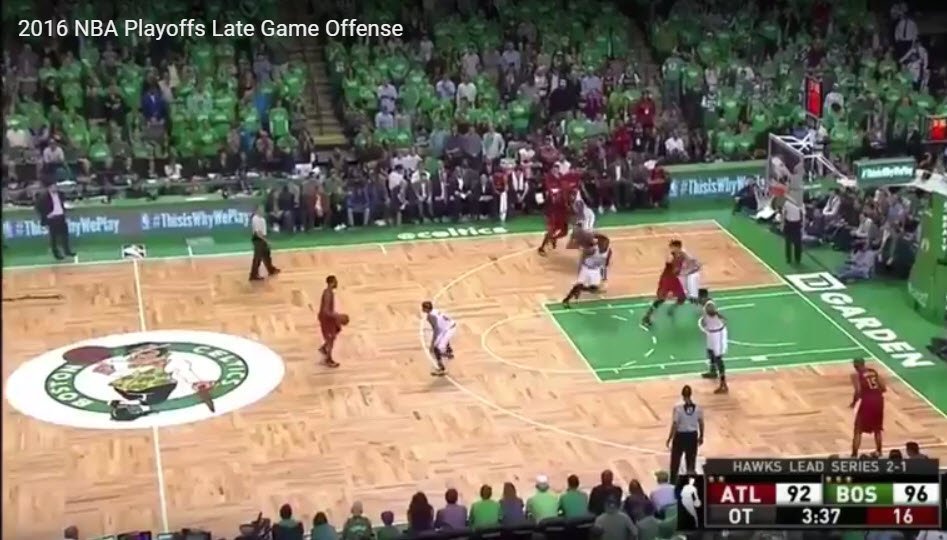 With NBA Coaches in the news daily for the constant shuffling their profession requires you almost forget what the ultimate goal of all these coaches are. The pinnacle of the profession will always be every Spring Time when the NBA Playoffs begin and this year is no different. With so many moving parts to a basketball and with technology and analytics moving front and center being an NBA Head Coach has never been more difficult.  This 2016 NBA Playoffs Late Game Offense will give you some idea.

The consistent area that all NBA Head Coaches are judged is by their end of game ATO’s. ATO stands for “After Time Outs” and usually insinuates that the Coach had just had a chance to huddle his team up and draw up a play that puts their team in the best position to win.

As you can see from watching all these clips that there seems to be some sort of consistent theme where coaches will run a specific action on the strong side of the floor (the side where the ball is) in hopes of catching the defense resting on the weak side and getting a wide open shot.

A popular NBA action that was run by the Hornets, Warriors and Pistons was the “hammer” action. In the hammer action a weak side back screen or flare screen is set to spring a shooter to the corner. The ball is usually on the opposite wing and is being driven by the teams best ball handler towards the baseline setting up a perfectly timed drift pass to the open shooter in the corner.

As you watch all these plays there also seems to be another common theme amongst all the successful actions: really good players. All-Stars like Stephen Curry, LeBron James, Kevin Durant and Isaiah Thomas are being given the basketball by their coaches and asked to make plays. Their coaches do a great job spacing the floor properly and putting them in space to make a play for themselves or for other potent teammates.