2015 TABC Clinic Notes – Bob Hurley (St. Anthony’s High School, NJ) – Program Building
Bob Hurley is one of the most well-known high school coaches in the country. He has been the head coach at St. Anthony’s in New Jersey since 1972 and has won 27 state championships. He has coached many Division 1 players including his son, Bobby Hurley, who went on to play at Duke. Bobby is now the head coach at Arizona State and another son, Dan, is head coach at the University of Rhode Island.

2015 TABC Clinic Notes – Shaka Smart (University of Texas) – Pressure Defense
Shaka Smart is entering his first year as head coach of the Texas Longhorns. He comes to Austin after spending 6 seasons at VCU, where he led the Rams to a Final Four appearance in 2011.

2015 TABC Clinic Notes – Bob Huggins (West Virginia University) – WVU Basketball
Bob Huggins has been the head coach at WVU since 2007 and has won 175 games to 101 losses while in Morgantown. Before taking over for WVU, he was the head coach at Kansas State, Cincinnati, Akron, and Walsh. 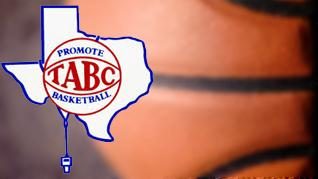