Herb Magee is the Head Coach at Philadelphia University (NCAA Division II). The 2014-2015 season completed Magee’s 48th season as head coach of the Philadelphia Rams. He has compiled a 1008-399 record and has only had 3 losing seasons. Magee moved into the 1,000 win club this season joining only 3 other coaches (Harry Statham – McKendree, Danny Miles – Oregon Tech, and Mike Krzyzewski). Magee also attended school and played basketball at Philadelphia U. While a player, he scored 2,235 points and was named an All-American two times. After his playing career, Magee was drafted by the Boston Celtics in the 1963 NBA Draft. When a finger injury put him on the sideline, Magee decided to return to his alma mater as an assistant coach. Magee served as an assistant for 3 seasons before taking over as head coach. His teams have made the NCAA Tournament 27 times including the College Division National Championship in 1970. Since joining the Central Athletic Collegiate Conference in 2005, the Rams have finished 1st or 2nd in the regular season conference standings and have won the conference tournament 4 times. Magee is known as a shooting expert and has worked with many current and former NBA players. Also a free-throw expert, his Rams ranked 34th in Division II this season shooting 74.7%. Magee conducts shooting camps throughout the summer for all ages and skill levels. During his clinic in Indianapolis, Magee shared his thoughts on how to teach the perfect shot including stories of former players that he has coached or trained.

2015 NABC Clinic Notes – Herb Magee: How to Shoot the Perfect Shot
• Teaching & Learning
• 4 Points of Shooting
• Poor Shooters
• The Shooting Hand
• The Noises of Shooting
• Progression
• Tendencies
• What Coaches Can Control
• Hand Position
• The Follow Through
• The Target
• Tracking Your Shots 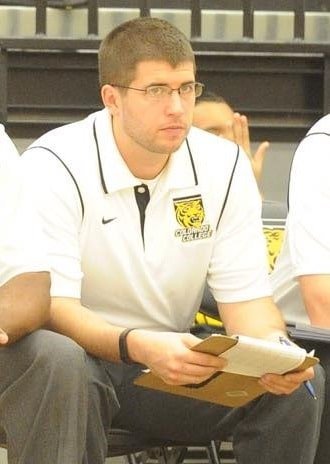 Through dedication to his players and a commitment to hard work, Coach Springer has developed into one of the most sought after skill development coaches in Texas.
Passion is a understatement to the dedication he has to the game of basketball. More than anything he wants to see all players win on and off the court.

Springer’s playing career reached the collegiate level while living in New York. It was there that he learned the game under the coaching of the New York State Junior College Coach of the Year (2005-2006). It was this same coach that helped him find his passion for teaching the game.

Since arriving in San Antonio, he has helped multiple middle school and high school programs reach the district finals. He is currently the Girls Varsity Basketball Coach at Castle Hills First Baptist School. In 2011, Coach Springer led the CH Eagles to the Tapps Regional Finals and was nominated for 1A Coach of the Year.

He currently works with D1, international, NBA and WNBA players. In 2011, Tim was a coaching intern with the San Antonio Silver Stars (WNBA) and participated in much of the player development for the team. Coach Springer keeps a strong commitment to personal growth for the sake of helping others. He is a infantryman in the Army National Guard and has a Bachelor’s degree in Kinesiology. In 2012 Coach Springer was selected as a Ganon Baker certified coach and trainer.

Click on the pdf link below to download the 2015 NABC Clinic Notes – Herb Magee: How to Shoot the Perfect Shot:

1 thought on “2015 NABC Clinic Notes – Herb Magee: How to Shoot the Perfect Shot by Wes Kosel”