Much has been made about the LeBron James era with the Miami Heat and their 4 straight trips to the NBA Finals. It was during their third year together, the 2012-13 season, that everything seemed to click. The roster was littered with 3 point snipers and the continuity of playing together for 3 years had finally started to pay off. Everyone stayed relatively healthy and the results yielded an NBA juggernaut.

The Heat finished with a 66-16 record, best in the NBA and during what many consider to be the “dog days of the NBA” they ran off 27 straight victories that spanned from January to March. They won the Eastern Conference’s top seed by 12 games over the 2nd place Knicks.

After breezing through the first two rounds of the NBA Playoffs they fought off a hungry up and coming India Pacers team in the Eastern Conference Finals highlighted by a LeBron buzzer beater in Game 1. Their win against Indiana set up a heavyweight bout with the San Antonio Spurs in the NBA Finals. The two teams went back and forth until Ray Allen saved the Heat’s season with a game-tying 3 pointer in the waning seconds of Game 6. The Heat then rallied to take the seventh and deciding game to complete their back to back title push.

They were led primarily by their Miami Heat Ball Screen Offense that was near the top in many statistical categories. They scored at a rate of 110.3 points-per-hundred possessions, tops in the NBA. As a team they shot an unfathomable 50% from the field, also good for the top in the NBA. They were 2nd in 3PT shooting, clocking in at 40% as a team. The Miami Heat averaged 103 points-per-game, good enough for 5th in the league.

The Miami Heat Ball Screen Offense was based primarily on ball movement and player movement. Head Coach Erik Spoelstra always preached “Pace and Space” to his team. The results of this movement often were due to ball screens, and the Heat, and obviously the Spurs, were in a league of their own in terms of creating offense through a ball screen. The ball screens that Miami used were not your cookie cutter 2 man game and everyone move. They originated from different spots on the floor, looked to get the help moving and tried to get the ball handler going down hill.

The following Miami Heat Ball Screen Offense playbook and YouTube video include 12 different actions that the Miami HEAT incorporated a ball screen from. 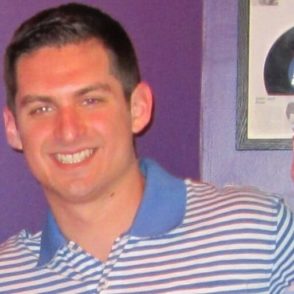